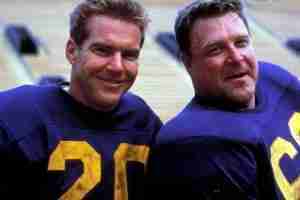 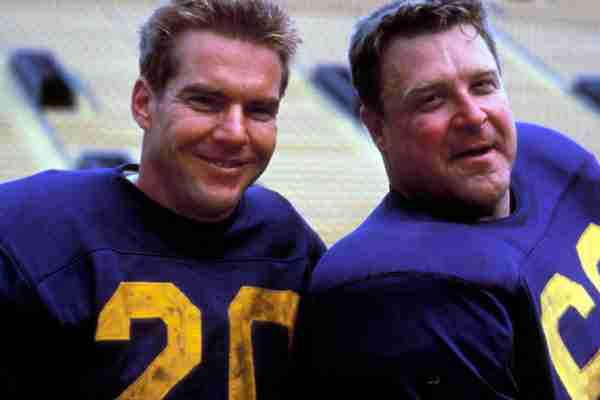 Maybe this film didn’t go all the way. Everybody’s All American showcased Dennis Quaid as Gavin Grey as a superstar Running Back at LSU who had life by the balls and was the proverbial “Big Man on Campus”. He would go on to have a decent pro career, though we would slowly watch him go from college superstar, to solid pro, to a has-been longing for the past. The football scenes in the film were decent, so there is no issue here with that, but as much as we love Quaid in films about athletes, we equally detest him when he tries to put on an accent of any kind. The book in which the film is based on has the lead character commit suicide over the depression over losing who he was. With the current climate of football, perhaps this is where the film should have gone, and take it to the conclusion it was probably meant to go. A sad ending is better than the non-committed one it had.