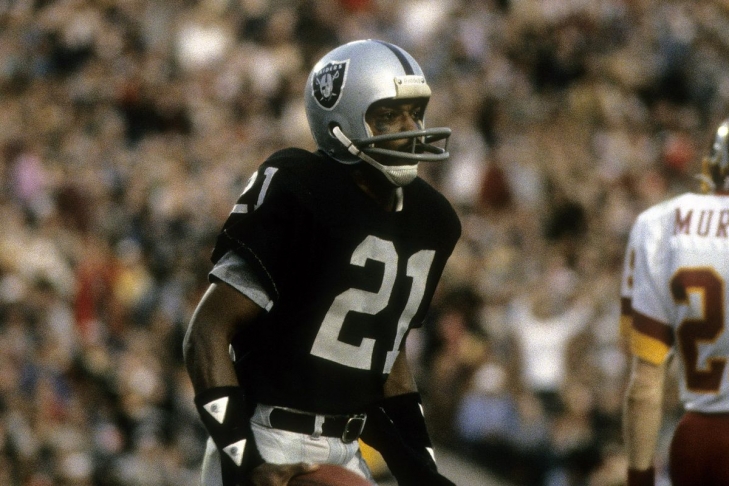 It is a sad day in Raider Nation as Cliff Branch has passed away at the age of 71.  He was found dead in his hotel room and is believed to have died of natural causes.

Branch played his college ball at the University of Colorado where he was also a track star.  The Oakland Raiders would select him in the fourth round of the 1972 Draft and that was the team he would play his entire 14-year career. Branch had his best seasons from 1974 to 1974 where he was named to the Pro Bowl each year with First Team All-Pro Selections in the first three.  He would lead the NFL in Receiving Yards in 1974 and Touchdown Receptions in 1974 and 1976.  Branch would also be a member of three Super Bowl Championship Teams (XI, XV and XVIII) and before it was broken by Jerry Rice, he was the all-time playoff leader in Receptions and Receiving yards.  He would overall catch 501 passes for 8,685 Yards and 67 Touchdowns.

While Branch had not been chosen for the Pro Football Hall of Fame, he was a two-time Semi-Finalist (2004 & 2010).  He is ranked #13 on our latest Notinhalloffame.com list for those to consider for Canton.

We here at Notinhalloffame.com would like to extend our condolences to the family and friends of Cliff Branch at this time.

Wide Receivers have exploded in terms of yardage but the 70’s did not feature a lot of game breakers at that or any other position.  One of those exceptions was Cliff Branch who during the mid 70’s was one of the most explosive athletes on the field.

Cliff Branch was the deep threat for the Raiders when the Silver and Black were the most feared team in the league.  From 1974 to 1976, Branch would twice lead the league in receiving touchdowns and though the amount of catches he managed in that time frame seems average today, his average yards per catch holds up in any era.  Branch was also part of three Super Bowl Championship teams and caught a combined three touchdowns in the wins.