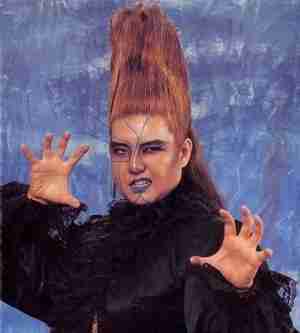 Unlike many great female wrestlers from Japan, Bull Nakano actually made her mark in the United States.  The powerful, tall haired Nakano captured the WWE Women’s Title from Madusa (then Alundra Blayze) and would later face her again on a WCW Pay Per View.  For a woman of her size and strength, she was incredibly agile and technically brilliant.  Whether a Japanese woman ever makes the Hall of Fame is largely in doubt but should one ever get in, Bull Nakano may get the nod as she has the largest portion of WWE experience on her resume.