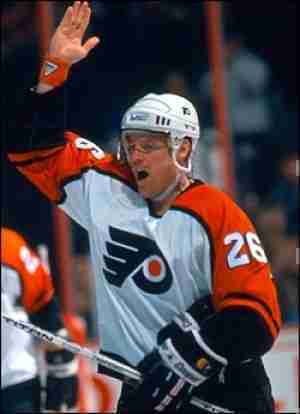 In 1999 Master Card named the all Canadian Junior Hockey Team. This team featured current Hall of Famers, Wayne Gretzky, Mario Lemieux, Guy LaFleur, Denis Potvin, Bobby Orr, and Bernie Parent. It also featured Saskatchewan native Brian Propp who lit up the lights for the Brandon Wheat Kings. Propp’s first NHL season saw him on a line with Bobby Clarke and Reggie Leach. He held his own and for the next ten years, he was a consistent offensive threat on Broad Street.