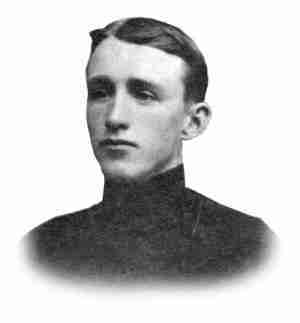 An incredible athlete in the Ottawa area during the turn of the century (He was also an excellent Lacrosse Goaltender and he played Fullback for the Ottawa Rough Riders), Bouse Hutton was the Goalie of the legendary Ottawa Silver Seven and was part of their Stanley Cup dominance for a stretch. Hutton posted impressive Goals Against Averages in an era where a double digit scores were common. Incidentally, Hutton would win the Stanley Cup, the CFL Championship and the Minto Cup (then awarded to the top Senior Lacrosse team in Canada) in the same calendar year. Can you imagine a similar trilogy of accomplishments by ANYBODY today?