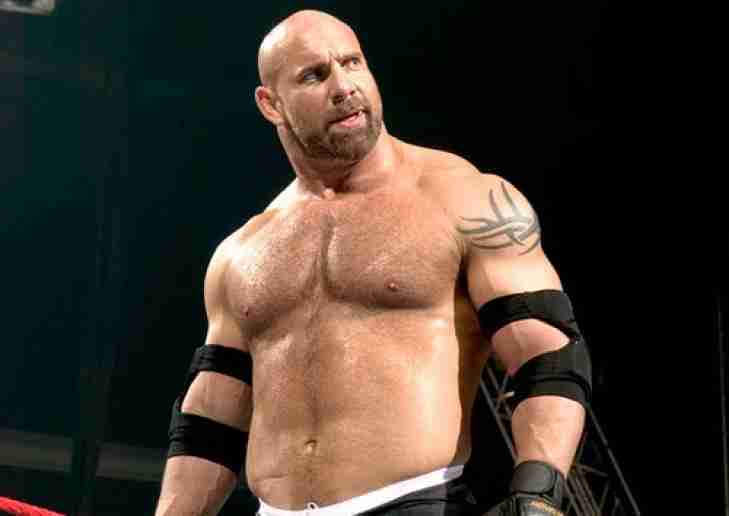 There has been a lot of speculation that the return of Bill Goldberg will culminate in him headlining the WWE Hall of Fame Class of 2017.

As WWE fans know, Goldberg returned to the WWE after a twelve year absence and will be facing the last man he wrestled, Brock Lesnar.

Fans may remember that their contest at Wrestlemania XX was far from a classic.  Goldberg’s contract was set to expire and he had made it clear that he would not be resigning.  It had also leaked that Lesnar would be leaving to try a career in the NFL and you had a match between two people who were on their way out and leaving the WWE on acrimonious terms.  The two were booed out of the building and the highlight of the match was special referee, “Stone Cold” Steve Austin stunning them both.

However that was 12 years ago.

Goldberg remains in great physical shape and Lesnar would become a UFC Heavyweight Champion and you now have a match that fans are looking forward to, which will take place at the Survivor Series in Toronto.

The former WWE and WCW Champion was brought back in slowly as a downloadable character for WWE2K17, the video game.  In the past, this has brought the Ultimate Warrior to the fold and brought Sting in to the “E” for the first time.  Both of whom would be inducted into the WWE Hall of Fame shortly after.  There is a lot of reason to think that this could happen with Bill Goldberg.

Currently ranked #29 on our Notinhalloffame.com WWE ranking, he would be a bona fide headliner for the next WWE Class.  While this is not official, we are expecting this to happen. 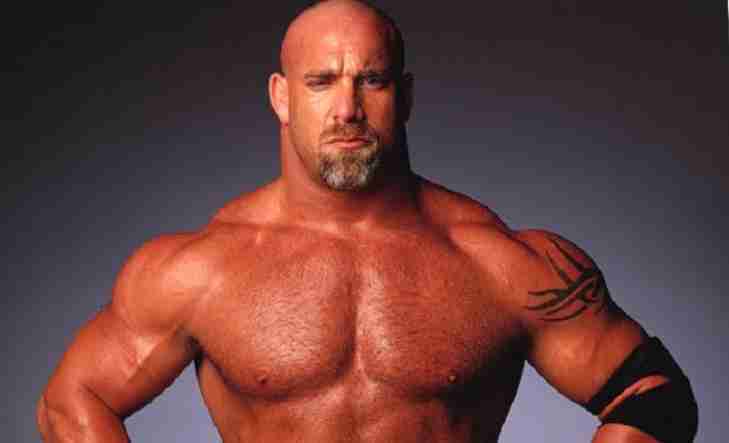 This was not exactly a surprise.

As has been widely speculated for months, Bill Goldberg has been announced as the first entrant to the WWE Hall of Fame Class of 2018. He will likely be the headliner of this year’s event.

Goldberg was a star Defensive Tackle at the University of Georgia and would parlay that into a brief career in the National Football League, notably three seasons with the Atlanta Falcons. A serious injury would take him out of the game but he would befriend top wrestlers in World Championship Wrestling who urged him to try his hand at Professional Wrestling.

After learning the craft at the WCW Power Plant he would work dark matches before making his television debut on September of 1997 with a pinfall win over Hugh Morrus. Nobody knew who Bill Goldberg was and fans instantly gravitated to the muscled behemoth who while he didn’t speak much, certainly had an undeniable physical presence that made you want to see more.

Goldberg would go on an epic (albeit inflated via kayfabe) winning streak and would win his first title by defeating Raven for the WCW United States Championship on April of 1998. He would become the hottest commodity in WCW and was a large reason that the company remained competitive against the WWE and the company believed it was time to pull the trigger and he beat Hulk Hogan for the WCW World Title in front of 40,000 people at the Georgia Dome in Atlanta on Monday Night Nitro.

The move might not have been best done on free television but Goldberg would continue to beat opponents including a memorable title defense against Diamond Dallas Page at Halloween Havoc. Goldberg would finally suffer his first loss in a title loss to Kevin Nash (with help from Scott Hall and a taser) at Starrcade.

1999 would be a good year in terms of wins and losses as Goldberg avenged his defeat to Nash (Souled Out) and Scott Hall but horrific booking would see less eyes on the product and despite being one of their best draws, Goldberg never won the WCW World Title again.

Like many of the other big names in WCW, Goldberg elected to let his contact run with Time Warner rather than join the WWE when they purchased WCW. When he did join following Wrestlemania XIX, it can be argued that his one year contract did not exactly go as planned.

Goldberg was not portrayed as the same monster that he was (remember Goldust putting that wig on him?) and while he did win the RAW version of the WWE World Heavyweight Title from Triple H, it was a lackluster and brief run and he clearly did not want to be there. That was certainly on full display at Wrestlemania XX where Goldberg and his opponent, Brock Lesnar were booed out of the building as fans knew both were leaving. Despite winning, Goldberg was met with a Stone Cold Stunner from special referee, Steve Austin and what appeared to be his final appearance with the WWE ended with a whimper...or so it seemed.

Goldberg was announced as a pre-order playable character on the WWE 2K17 video game, a sign to many that he might be looking to come back. Through the use of an interview with ESPN and taunting from Brock Lesnar, a title match was made between the two at the 2016 Survivor Series, a match that saw Goldberg shockingly destroy the Beast in under two minutes. The two would face each other again in the 2017 Royal Rumble where again Goldberg would dispatch Lesnar in short order. Goldberg would then go on to defeat WWE Universal Champion Kevin Owens and a rematch with Lesnar was set for Wrestlemania 33, though this time it was Lesnar who would have his hand raised.

We here at Notinhalloffame.com would like to congratulate Bill Goldberg for his selection to the WWE Hall of Fame. 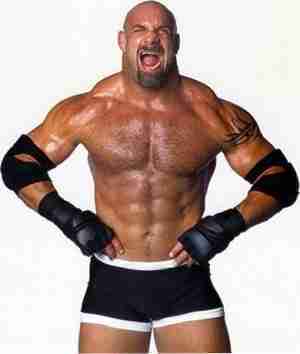 Okay.  This one was really hard for us to rank, and we are very curious to see what readers of website thinks.  We can’t imagine there will be a lot of neutral opinions on the wrestling career of Bill Goldberg.