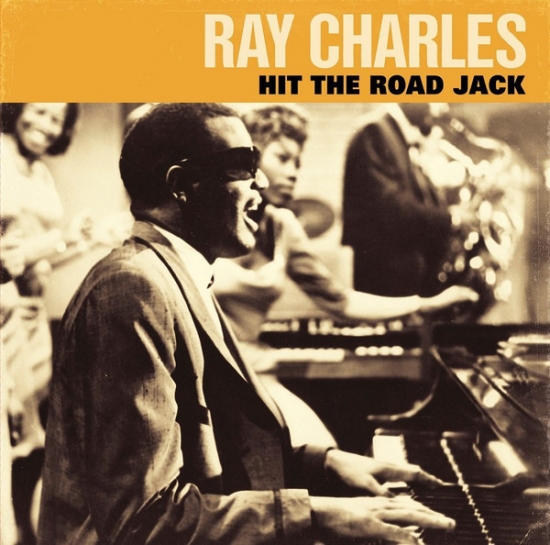 I wonder how many people only know this as the song when an opposing team’s pitcher stinks it up and is serenated off of the baseball diamond?

Ray Charles would strike for the second time at the top of the Hot 100 and also the sixth time on the top of the R&B chart with “Hit the Road Jack”, a song that over time has emerged as his best known work.  Percy Mayfield, a blues balladeer who went number one on the R&B chart in 1950 with “Please Send Me Someone To Love”, wrote this famous song.[1]   Mayfield’s recording career suffered a major roadblock when he suffered a car accident in 1952 that left him disfigured, but that did not stop him from recording (though his performances were limited after) or songwriting, which earned him a contract with Charles’ label, Tangerine Records.

With “Hit the Road Jack”, Charles again found that perfect balance of pounding R&B and pop sensibility.  It was a song that was as angry as it was fun, and featured one of the Raelettes, Margie Hendricks providing the sneering female backup.[2]  Hendricks notably had a six year affair with Ray Charles and had one of a Ray’s twelve children; which he fathered with ten different women.[3]

With the open interpretation, be it over a love like the lyrics indicate, or altered just for someone that you may have been pissed at, it had a universal appeal and proved why Charles was right to fight for control over his music as clearly the man knew what he was doing musically.

As for contraception however?  Not so much.

[2] For a man as creative as Ray Charles, he didn’t put a whole thought on the name of his backup singers.  Perhaps the name was done to deliberately shift attention back onto Ray.  Wait, maybe he did put a lot of thought in it!

[3] Even Shawn Kemp was shaking his head at that statistic.

[4] Yep, that legendary song did not go to the top, but his others did.   Still, Orbison is a legend right?