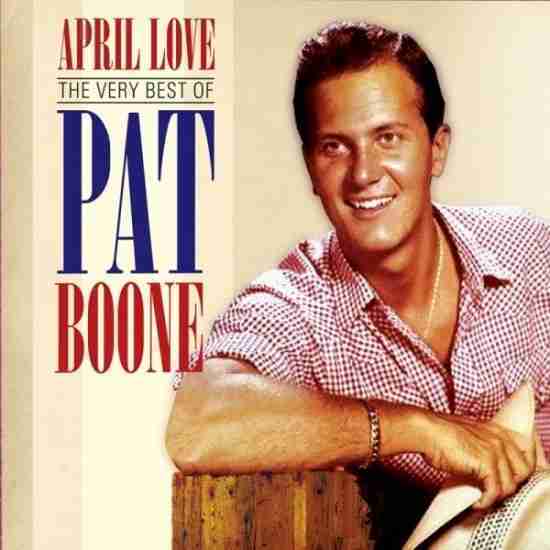 
The quintessential late 1950’s crooner is back, though this might be arguably his weakest number one song.

“April Love” followed the Pat Boone formula. It was a soft song, which had the triple promotion of the radio, his television show and a movie of the same name.   The film did reasonably well, but neither the movie nor the song were memorable two years after.

Still this is a snapshot of what we had in the first week of 1958. We have a song by a successful singer that had access to every significant pop culture medium of the day. This was huge to achieve chart success in the late 1950’s, and many years beyond.

That is a pattern we will see again and again, though few will have as little impact as “April Love”.

Seriously, do even the Pat Boone fans clamor for April Love in his set?

Not that we expect many Pat Boone fans to find this website.

[1] Seriously, if I was alive in ’57, this would be my jam!
[2] This is a song that was one of my father’s faves. As such, it means a lot to me. Shouldn’t all your dad’s favorite songs have such a place?
Tagged under
Tweet