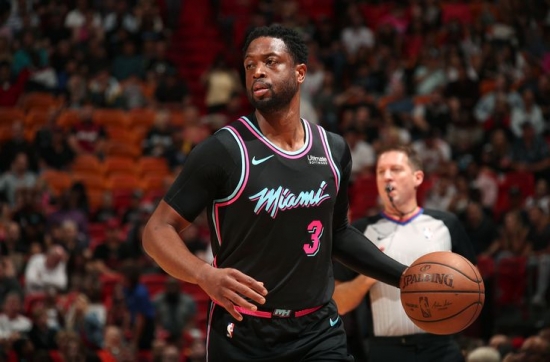 Regular visitors of Notinhalloffame.com know that we are slowly working on the top 50 of every major team in the NHL, NBA, NFL and MLB. Once that is done, we intend to look at how each team honor their past players, coaches and executives.  As such it is huge news that the Miami Heat have announced how they will honor the retirement of Dwyane Wade’s #3; and it will be incredible!

Wade’s career will be celebrated over three days.

On February 21, a tribute to some of best moments will be held, which will celebrate his greatest moments.

On February 22, during their home game against Cleveland, his number will be retired.

On February 23, a documentary of his last season will debut at their home arena.

Playing 14 ½ of his seasons with Miami, Heat is the team’s all-time leading scorer.  He went to 13 All-Star Games, and won the scoring title in 2008-09.  The Guard went to eight All-NBA Teams (two First Team, three Second Team and three Third Teams), and led them to three NBA Championships.

We here at Notinhalloffame.com would like to congratulate Dwyane Wade for earning this prestigious honor, and the Miami Heat for doing this right.