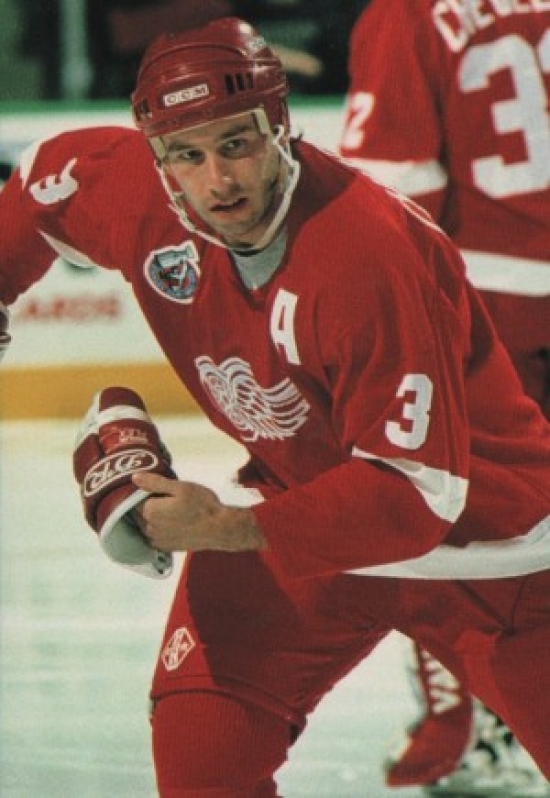 Steve Chiasson was a high Third Round Pick in 1985, and after debuting for the Red Wing s the following year, he had a breakout campaign in 1988-89, scoring 47 Points.

Chiasson continued to provide good two-way hockey with three more 40-Point seasons, with his highest coming in 1992-93 with a 62-Point year.  Chiasson was also not afraid to throw down, providing toughness from the blueline.  He played with the Red Wings until 1994 when he was traded to Calgary for Mike Vernon.

Chiasson died in a car accident in 1999 when he was driving under the influence.