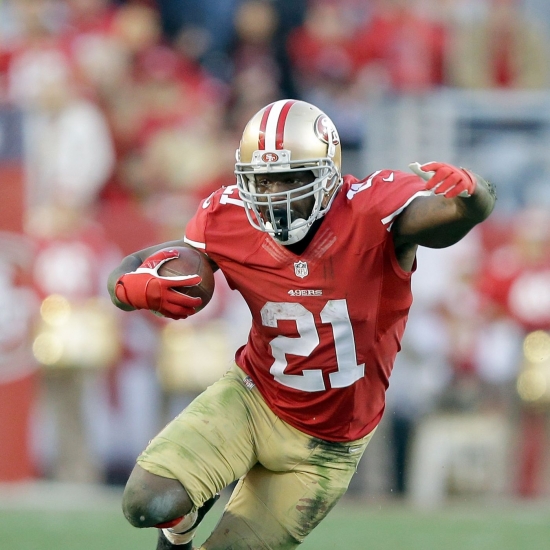 Frank Gore will go down in history as one of the most durable and ageless Running Backs of the game.  That all began in San Francisco.

A Third Rounder from the University of Miami, Gore had a decent rookie year with just over 600 Rushing Yards, but he made a brief claim the year after as one of the best rushers in the game.  That season (2006), he posted 1,695 Rushing Yards with 485 Receiving Yards, both of which would be career-highs.  He was named to the Pro Bowl, and the sky appeared to be the limit.

As it turned out, Gore’s best year would be that second one as a pro, but while he never had a season again of over 1,250 Rushing Yards, he was putting out four-digit rushing years regularly for San Francisco.  Gore hit that mark seven more times (including his 1,695 year) and went to four more Pro Bowls.

The Running Back left the Bay Area in Indianapolis in 2015 as a Free Agent, and with the 49ers, Gore had 13,956 Yards From Scrimmage with 75 Touchdowns.