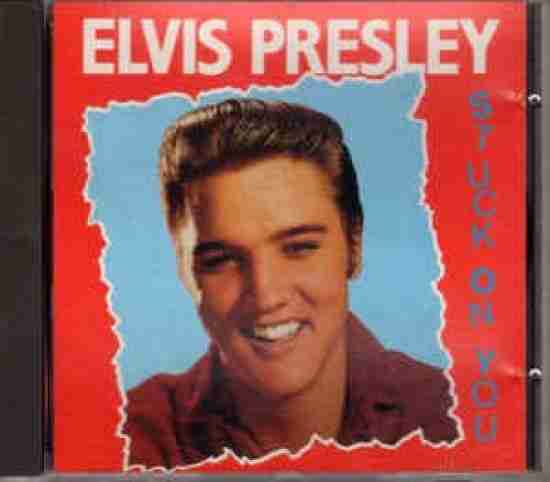 
On March 5, 1960, Sgt. Elvis Presley was officially discharged from the United States Army.  On March 20, 1960, the civilian, Elvis Presley returned to the studio recording six songs, one of which was “Stuck On You”, which was pressed and shipped two days later.

The Colonel doesn’t waste much time does he?

Multiple accounts cited Presley as being terrified that a military stint would derail his career, and with other musicians it certainly did, but none of those people had Elvis’ star power and the calculated moves of Presley’s entourage that kept putting out new music not only kept him in the public eye, they wanted to see him make a comeback and with “Stuck On You”, that is exactly what they got.

Presley brought the hips back, the swagger back and the snarl that women loved and with a bit of a boogie-woogie beat, there was some rock and roll that was re-injected into what was becoming a very safe environment on the top of the Hot 100.  There was only one problem that was about to plague Elvis himself…he was starting to become safe too.

His still enduring popularity and his easing into establishment was becoming evident as shown by his appearance on the Frank Sinatra Timex Special, which garnered a 41 share on ABC.  Although Sinatra was host, it was Elvis who was the draw as it was viewed in most circles as the “Welcome Home, Elvis” special.  Sinatra and company may still have been cool, but he was part of the old guard, and this is subconsciously would foreshadow a move he was only a couple of years away from making himself.