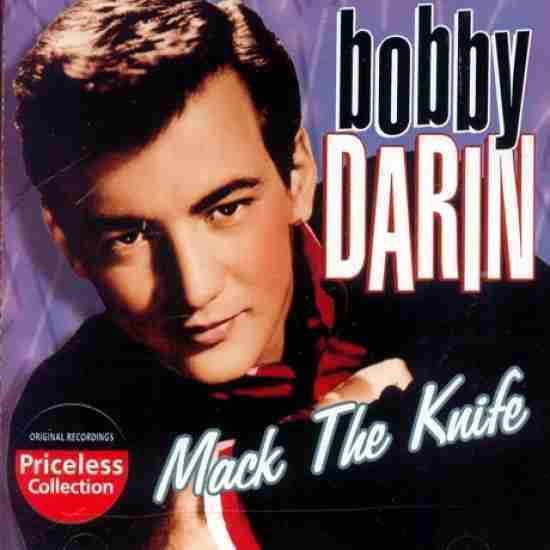 
At the time that I am writing this chapter I have been spending my time binge watching Netflix’ House of Cards before I go to sleep.  As I am getting lost in the corruption of Frank Underwood, I sometimes remember how much I loved Spacey as Kaiser Sose (The Usual Suspects) and Lester Burnham (American Beauty) both of which he won the Academy Award for.  Now that I am writing about Bobby Darin, I am unfortunately reminded how much I detested him in “Beyond the Sea”, where he portrayed the singer in a 2004 movie.

It wasn’t that he couldn’t lip sync correctly, he actually sung himself and did a good job it, nor was it that his acting was even bad.  It’s just that age 46 he had no business he had no business playing someone in a biopic covering the life of someone from age 20 to 37; especially when Spacey looked every bit that 46![1]

Pigeonholing Darin isn’t easy and a quick look at his four biggest hits can tell you exactly why.  His first, “Splish Splash” was a fun rock & roll single with a catchy hook, the second, “Dream Lover” was an up tempo ballad with a twinge of R&B, the fourth, “Beyond the Sea” was a full embracement of the Big Band sound, and the third, “Mack the Knife”, his lone number one would become a pop/jazz classic, an even more shocking accomplishment because the song came from a German play.

I didn’t make that up.

Opening the 1928 play, “Die Moritat von Mackie Meesser” from Die Dreigroschenoper sets the story that introduces the unsavory Mackie Messer and all of his misdeeds.[2]  Although the play would not make its way to the United States (at least I don’t think it did), that song did and made its way to Darin who had channeled his inner Rat Pack, and set it to a snappy jazz number that he crooned like it was a pop song.  It didn’t matter what style he was singing, Darin took command of every song and threw everything he had into it, and with “Mack the Knife” the exuberance he showcased was infectious.  He turned a German murderer into a hip gangster, and did so without changing the words.

After his run of top ten hits ended, Darin would reinvent himself again as a Folk Rock singer and later as a star in Las Vegas with one of the more entertaining acts on the Strip, though it always seemed like he was poised to make a comeback, which never did happen.

Bobby Darin would die at the age of 37 during open heart surgery while suffering from issues from rheumatic fever that he suffered from as a kid.  His time on Earth wasn’t long, as he suspected it would be, but he left behind a very diverse catalogue of music that few can match.


[1] I will say this…Spacey told in countless interviews that portraying Darin was a lifelong dream and he procured the rights to the story so that he could.  He also directed, co-wrote and co-produced the biopic, but again, he should have passed on starring in it.  His age made it impossible for me to lose my suspension of disbelief.
[2] I know right?  It is really hard to picture the Germans embracing anything violent.
Tagged under
Tweet