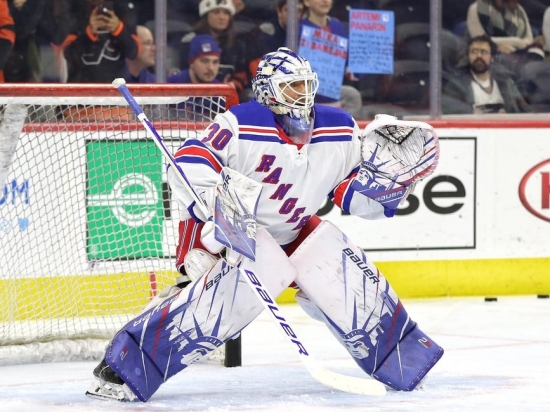 Regular visitors of Notinhalloffame.com know that we are slowly working on the top 50 of every major team in the NHL, NBA, NFL and MLB.  Once that is done, we intend to look at how each team honor their past players, coaches and executives.  As such, it is news to us that the New York Rangers have announced that they will be retiring the number 30 of Henrik Lundqvist.

Lundqvist played his entire 15-year career with the Rangers, beginning in 2005-06.  He won the Vezina Trophy in 2012, and he finished in the top six in Vezina balloting nine other times.  Twice leading the NHL in Goalie Point Shares, Lundqvist was a First Team All-Star in 2012, a Second Team All-Star in 2013, and participated in five All-Star Games.  He is the all-time franchise leader in Wins (459), and is sixth all-time in that statistic.  Lundqvist had a lifetime GAA of 2.43, with 64 Shutouts.

The ceremony will take place on January 28, 2022, prior to New York’s home game against Minnesota.

Lundqvist is eligible for the Hockey Hall of Fame in 2023.

We here at Notinhalloffame.com would like to congratulate the Henrik Lundqvist for earning this prestigious honor.