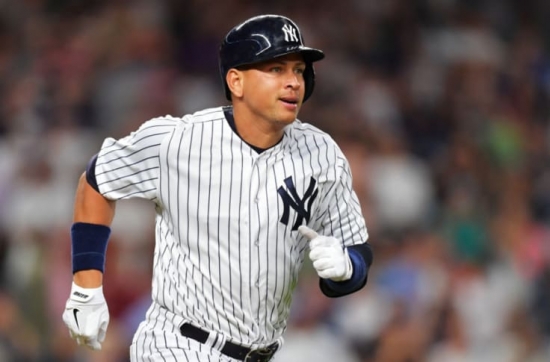 We are a month removed from the Baseball Hall of Fame 2021 vote, and that means it is time to release our new list of those to consider for Cooperstown in 2022.  With nobody elected in 2021, there are no removals from the list, but there are four new entries.  We currently have 108 on this list, and by Spring, we will be expanding it to an even 300, which will be our fixed number moving forward.

As per our first year, there are three number ones, with the rational showing one eligible, and two ineligibles (Pete Rose and Shoeless Joe Jackson) due to gambling.

Remaining at #1A is Pete Rose, the man who collected an all-time record 4,256 Hits.  Rose was banned from the game over 30 years ago for betting on baseball.

Also, staying at #1B, is “Shoeless” Joe Jackson.  Jackson was suspended for his alleged participation in the Chicago White Sox throwing of the 1919 World Series.

Barry Bonds is at #1C.  Bonds is the all-time leading Home Run leader with 762, and he is also first in Walks (2,558), Win Probability Added (127.7) and Power-Speed # (613.9).  While never caught, the seven-time MVP was widely suspected of PED use, and the Baseball Hall of Fame voters have kept him out.  He only has one year left of eligibility.

Roger Clemens is just behind Bonds at #2.  Like Bonds, Clemens has been kept out of Cooperstown due to PED suspicion, and he is also entering his tenth and final year on the ballot.  Clemens is a seven-time Cy Young Award winner and is third all-time in Strikeouts (4,672).

Former Detroit Tiger Second Baseman, Lou Whitaker, is at #4.  Whitaker was a member of Detroit’s 1984 World Series Championship team, and is considered one of the best infielders not in the Baseball Hall.

Bill Dahlen, a former star in the 1900s is in at #5.  Dahlen won a World Series with the New York Giants in 1905, and is still in the top-fifty in bWAR for Position Players.

Curt Schilling is at #6.  The former two-time World Series champion has one year left and has asked to be removed from the ballot after failing to enter the Hall.  He has feuded with media in the past, and his current right-wing politics have alienated many others.

At #7 is Manny Ramirez.  Like Rodriguez, Ramirez has also been suspended for PEDs twice, and it has hampered his pursuit for a Hall of Fame plaque.

Our second top-ten debut is at #8, David Ortiz, Ramirez’s former teammate in Boston.  With the Red Sox, Ortiz became the best Designated Hitter that baseball has ever seen, and would win three World Series rings.

Todd Heltonremains in the top ten at #9.  The career Colorado Rockie is trending towards induction in roughly three years.

Tommy Johnrounds out the top ten.  Ironically, the surgery that bears his name, is recognized by the Hall.  His only path for induction is with the Veteran’s Committee.

There are two other new entries, Mark Teixeira at #93 and Jimmy Rollins at #102.

Thank you all for your support, and look for our revised Football list next month.