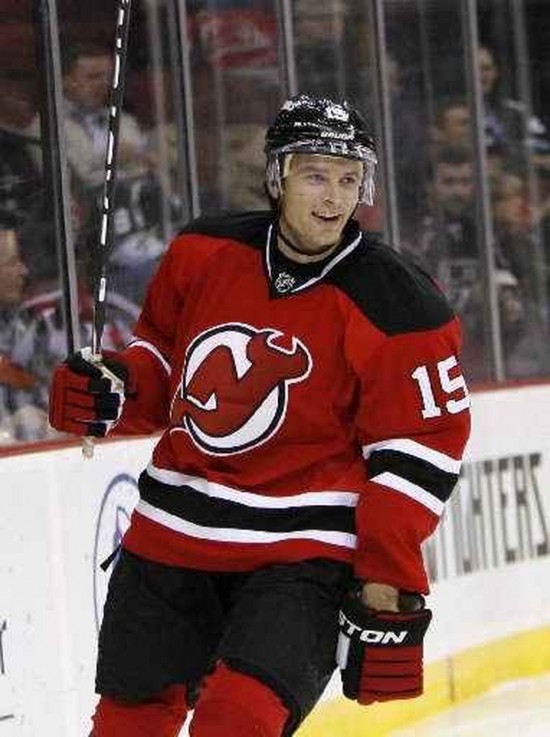 A First Round Pick in 1995, Petr Sykora made the Devils roster right away, and the Czechoslovakian Right Wing scored 42 Points and was a First Team All-Rookie.

In his fourth year, Sykora took his game to the next level (1998-99), where he had a 72 Point year, where he was eighth in Lady Byng voting.  He had 68 Points the year after, where he helped take New Jersey to a Stanley Cup win, and had the playoff lead in Even Strength Goals with eight. Sykora followed that with his best statistical year, where he had career-highs in Goals (35), Assists (46), Points (81), and Point Shares (10.6).  He was with the Devils for one more year before he was traded to the Mighty Ducks.

Sykora won a second Stanley Cup with the Pittsburgh Penguins in 2009.  With New Jersey, Sykora scored 394 Points with a +91.