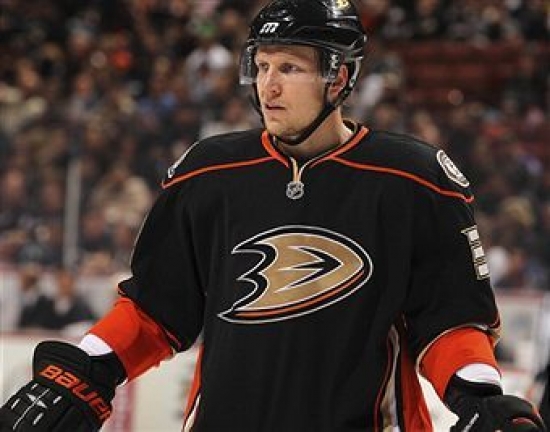 Finnish Defenseman Toni Lydman had played four years for Calgary and five for Buffalo before he joined the Anaheim Ducks as a Free Agent in 2010.  Lydman might have been nearing the end of his career, but he still had a lot left to offer, especially in his first year as a Duck.

While Lydman had only 25 Points in his first year in Anaheim, his lockdown skills were the best they had ever been.  Lydman led the NHL in Defensive Point Shares with 6.4, a number that was by far the best of his career.  He would also have a +32, again a number that destroyed anything he did before.

Lydman had 13 Points the year after, and a concussion suffered in the 2012-13 season would end his career.  Lydman may have only had three Goals as a Duck, but his defensive year in 2010-11 was so good that he belongs on this list.