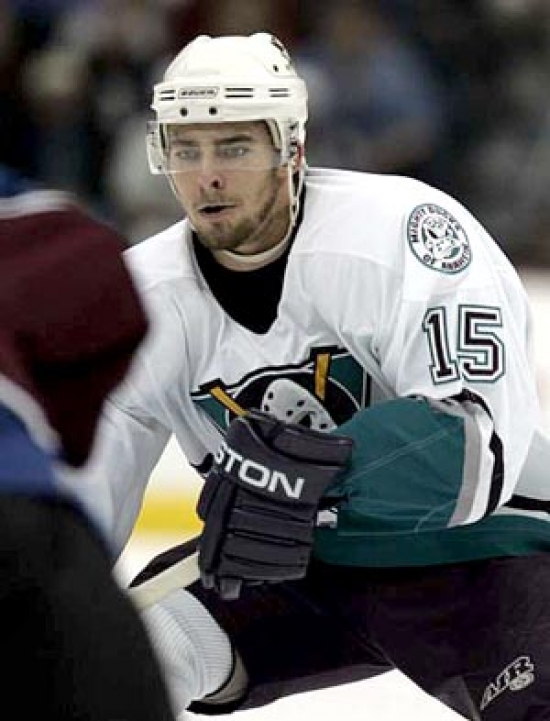 The Seventh Overall Pick in 2002, Joffrey Lupul had a promising rookie year where he scored 34 Points.

The Left Wing built on that in his sophomore season, increasing his totals to 53 Points, but Anaheim dealt him to Edmonton as part of a trade to get Chris Pronger, who decided (allegedly his wife did) that he made a mistake signing with the Oilers, and wanted out of Northern Alberta.

Lupul would later be traded to Philadelphia, and he was sent back to Anaheim (again for Pronger) in 2009.  Lupul was not as effective, mostly due to back issues, but he did score 27 Points in 49 Games, before he was shipped to the Maple Leafs, where he enjoyed his greatest success.