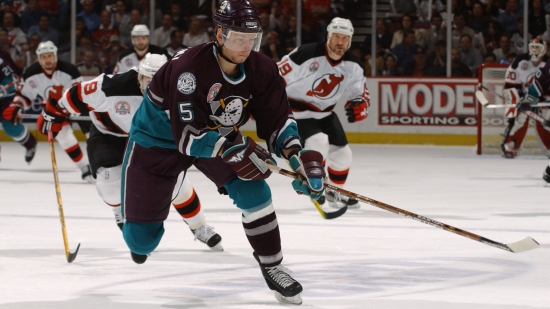 Russian Defenseman Vitaly Vishnevsky was the Fifth Overall Pick in 1998, and he would play in 30 Games for the team that year for the squad that took him, the Mighty Ducks of Anaheim.

A lockdown defender, Vishnevski focused on the opposition's elite player and was known league-wide for his checking skills.  Vishnevski did not score much, peaking at 16 Points in 2003-04, but he was mostly ice on the ice to prevent goals instead of scoring them.  He was traded to the Atlanta Thrashers before the 2006-07 Season and had 48 career Points for Anaheim.