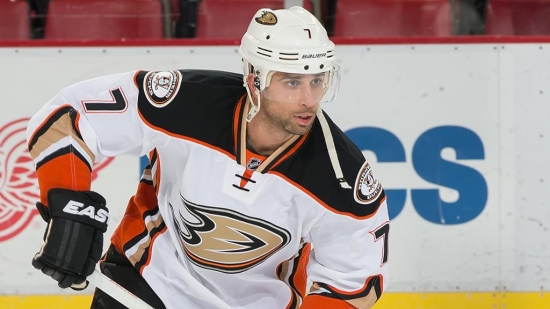 Andrew Cogliano played for the Ducks for eight seasons, and while you would never slap the title of a superstar on Cogliano, you could state that he was a dependable character player throughout his tenure in Anaheim.

Cogliano was traded from Edmonton after four seasons there, and he would settle into a lower-line role and on the penalty kill.  Cogliano never had a year over 42 Points (2013-14) for Anaheim, but he was an ironman for the team, and he rarely had costly penalties.  Traded to Dallas in the winter of 2019, Cogliano scored 233 Points with a +61 for the Ducks.