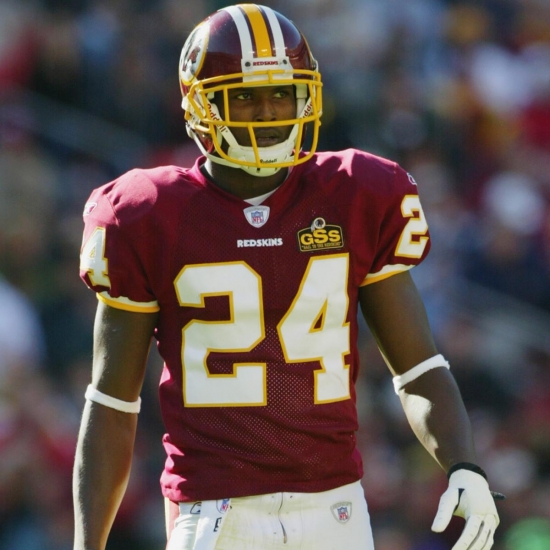 An All-American at Georgia, Champ Bailey was the first defensive player (Seventh Overall) in the 1999 Draft, when he was taken by the Washington Redskins.

Bailey did not disappoint, as he was an All-Rookie with five Interceptions and 80 Tackles.  The Cornerback would then be named to the Pro Bowl the next four seasons, with two of those years earning him a Second Team All-Pro nod.  Bailey would never be a First Team All-Pro as a Redskin, but his best season by far in terms of Approximate Value was in 2000, where he finished with 19.

In what was a surprising move, the Redskins allowed Bailey to explore trade options, as he threatened to hold out if the franchise tag was placed on them.  He was traded in March of 2004 to the Denver Broncos for Running Back, Clinton Portis, in a move that largely benefited the Broncos.

As a member of the Redskins, Bailey had 18 Interceptions with 332 Tackles.  Bailey was elected to the Pro Football Hall of Fame in 2019.