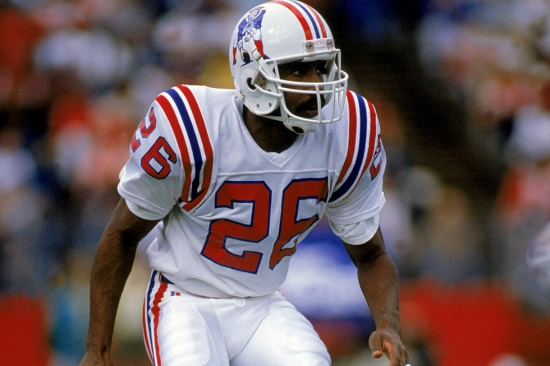 Raymond Clayborn was drafted to be a star Cornerback, which he became, but not before he had a stellar rookie season as a Kick Returner, where he had three Return Touchdowns.

Clayborn played at Left Corner from 1978 to 1981, and then to the right side from 1982 until he departed from the team in 1989. Clayborn earned three Pro Bowl Selections and helped the Patriots reach the Super Bowl in the 1985 season. Although the Pats were smacked down by the Bears, Clayborn had an Interception in the game.

Clayborn might be best known for fighting Boston Globe reporter, Will McDonough in 1979, and his other clashes with the media. Those antics may not have amused the Patriots, but they respected his skill, and he played 191 Games for the team, with 36 Interceptions.

Clayborn entered the Patriots Hall of Fame in 2017.