The Rapid and Random History of the Royal Rumble Match 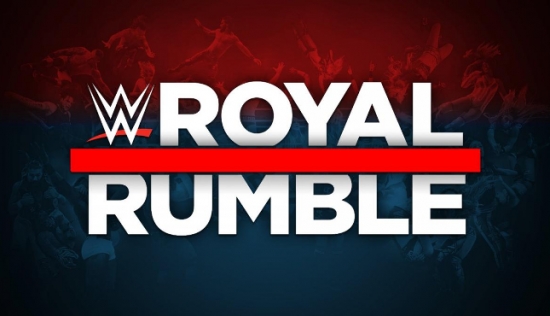 The Rapid and Random History of the Royal Rumble Match

In 2021, the Royal Rumble match will take place for the first time since its creator, WWE Hall of Famer, the late Pat Patterson passed away. For over 30 years, this battle royale with a twist has been delighting fans of pro wrestling each and every January.

First held in 1988 when “Hacksaw” Jim Duggan won after entering at number 13, early editions of the Royal Rumble were a vehicle used to get big babyfaces over. Hulk Hogan became the first wrestler to win the match more than once with consecutive successes in 1990 and 1991.

The stakes with the Royal Rumble really kicked up at notch the following year when the vacant WWE Championship was up for grabs. Hogan and The Undertaker had traded the world title in controversial circumstances towards the end of 1991, but the match and belt went to “Nature Boy” Ric Flair.

Every year after 1992 with the exception of 2016 when the WWE Championship was on the line again, the winner of the Royal Rumble received a world title match at the next major event, WrestleMania. In 1994, the match was declared a draw when Bret “Hitman” Hart and Lex Luger eliminated one another.

WWE hasn’t always taken a consistent attitude to that. Although the 1994 finish was planned, the 2005 Royal Rumble saw John Cena and Batista, the intended winner, accidentally both go over the top rope and hit the floor together.

An infuriated Vince McMahon tore both his quads when getting into the ring and ordering the match to be restarted, so it could reach its intended conclusion. Speaking of the WWE chairman, he entered and won the 1999 Royal Rumble but relinquished any WrestleMania championship opportunity.

“Stone Cold” Steve Austin, the only three-time winner of the match to date, was stripped of his title match in 1997 after referees missed the fact he was eliminated. The Texas Rattlesnake managed to slither back into the ring before the officials noticed.

Austin and Shawn Michaels had never been WWE Champion before winning two Royal Rumbles each. This shows how the match can be used to elevate wrestlers into major title contenders, but it has also been used to catapult those returning from injury back into the spotlight.

A first Royal Rumble win in 2002 for Triple H following the first of two quad tears and Edge coming back from an Achilles problem in 2010 show how the match works that dynamic. Surprise entrants, including wrestlers making comebacks or debuts, are all part of the fabric of this.

Royal Rumble pushes come in many forms. Besides the shock return, there is also a common angle where a wrestler takes out many opponents but doesn’t win the match with Kane setting a then record of 11 eliminations in 2001.

Usually speaking, the Royal Rumble has 30 entrants in it but in 2011 – perhaps to reflect the ever-expanding WWE roster – there were 40 competitors. Alberto Del Rio became the first wrestler born from outside the USA or Canada to win the match.

In the last decade, entrants from the UK, Ireland and Japan have all been crowned Royal Rumble winners. A women’s only match was introduced in 2018, although female wrestlers had competed on occasion against the men with Chyna blazing that trail back in 1999.

You would think winning the Royal Rumble would help to secure a place in the Hall of Fame, but as yet wrestling icons like The Undertaker, successful in 2007, and Dwayne “The Rock” Johnson who was victorious in 2000 don’t have spots. That may only just be a matter of time. Speaking of The Rock, there is plenty of speculation about him returning to WWE soon. Always a monster box office draw whether acting in a movie or stepping back inside the ring, the latest Betway betting on headlining WrestleMania in 2021 has him at 4/1 to battle cousin Roman Reigns as of December 30.

Using the Royal Rumble to start that program with the current Universal Champion could bring mainstream attention on WWE in the coming months. Seeing The Rock win another world title is precisely the kind of feelgood moment pro wrestling can go for in the main event of a major pay-per-view.

WWE has been willing to put its top titles on part-time wrestlers in recent years. See 2003 Royal Rumble winner Brock Lesnaror Goldberg for evidence of that. From Kofi Kingston’s acrobatics to the emotional 2006 win for Rey Mysterio, even smaller competitors can get in on the act, and that is what keeps us still watching the Royal Rumble now into its fifth different decade.