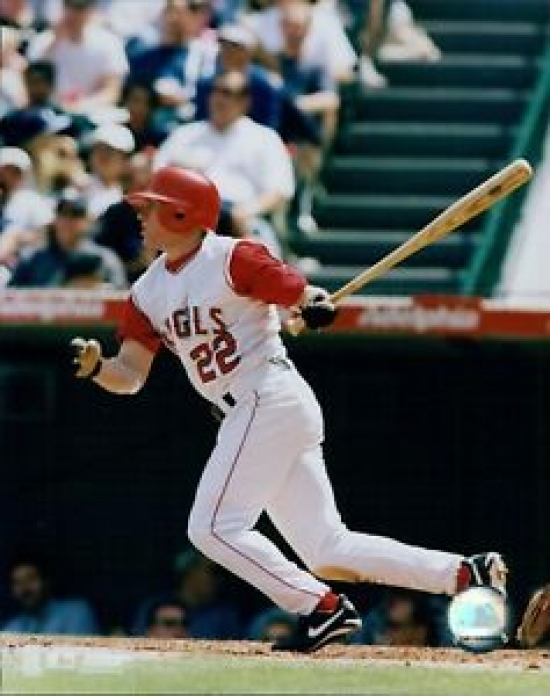 David Eckstein was a throwaway pick in the 1997 Draft, taken in the 19th Round by the Boston Red Sox.  The Red Sox placed him on waivers in 2000, and the Angels took a chance on the Shortstop, and it would be one of the organization's best decisions ever made.

At age 26, Eckstein made the Angels out of Spring Training, and he had a solid rookie year, batting .285 with 166 Hits with a fourth place finish in Rookie of the Year voting.  The Angels fans loved him, and how could you not like a 5’ 6” dynamo who did whatever he could to get on base.  In both 2001 and 2002, Eckstein led the American League in Hit by Pitch and Sacrifice Hits.  Eckstein’s best season with the Angels was 2002, where he was 11th in MVP voting, had 178 Hits, and batted .293.  Anaheim won it all that year, with Eckstein, the team's heartbeat leading the way.

Eckstein played two more seasons with the Angels, both decent, though not necessarily spectacular.  He was a good hitter, with limited power, but realistically expandable.  As popular as he was, Eckstein was not going to be in the upper-tier of Shortstops, though the Angels would have liked to have kept him after his contract expired following the 2004 Season.