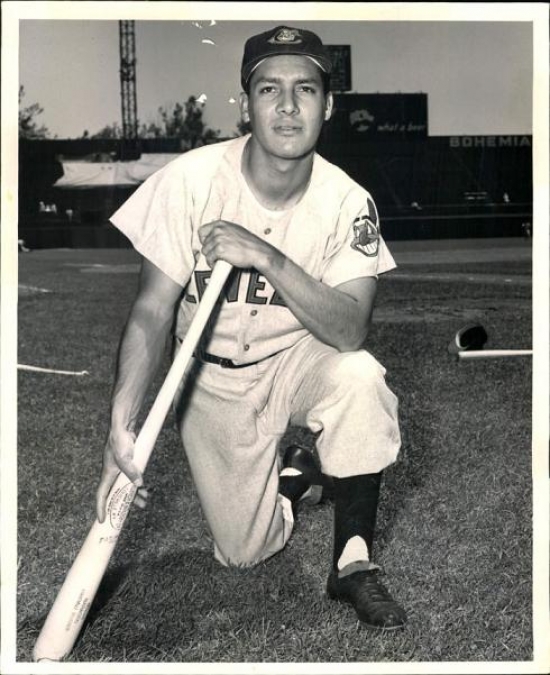 As Baseball spread in Mexico, it was only a matter of time before a Mexican would gain traction in the Majors.  The first such player was Bobby Avila.

After a few years in the Mexican League, the Cleveland Indians secured his services, and he joined them for 31 Games in 1949. After an 80-Game season for Avila in 1950, he became their starting Second Baseman, batting at least .300 in his first two years as a starter.  Avila did well, leading the American League in Tripes in 1952 and going to his first All-Star Game.

Avila peaked in 1954, winning the Batting Title with a .341 Average, finishing third in MVP tallies, and helping the Indians win the Pennant.  An All-Star again in 1955, Avila remained their starter until 1957.

In 1958, Avila went into a steep decline, and he was traded away to Baltimore after the season.  He bounced around for three Major League teams in 1959 before leaving the Majors at season's end.

With Cleveland, Avila accumulated 1,236 Hits with a .284 Batting Average, and he would stay a hero in Mexico until he died in 2004.