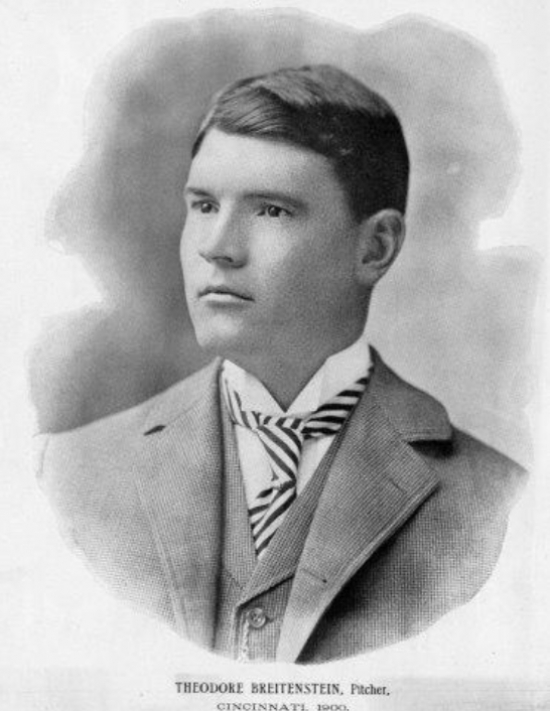 Before the St. Louis Cardinals were named the Cardinals, they were the first known version of the Browns, and one of their best Pitchers in the mid-1890s was Theodore Breitenstein.

Breitenstein’s first full year with the Browns was in 1892, which was not a good year, but good enough to keep him employed.  The Browns were not very good, and while Breitenstein won the ERA Title (3.18) in 1893, he had a losing record (19-24).  He remained the workhorse for the Browns, but without run support, he had a 94-125 record for the franchise.

Breitenstein was traded to the Cincinnati Reds, where it was a new lease on life.  He played there for four seasons, never had a losing record and his ERA was in the respectable mid-threes.  After three final games with the Cardinals in 1901, his MLB career was over.

Had there been All-Star Games back then, he would have likely been a five-time attendee.

Should Theodore Breitenstein be in the Baseball Hall of Fame?