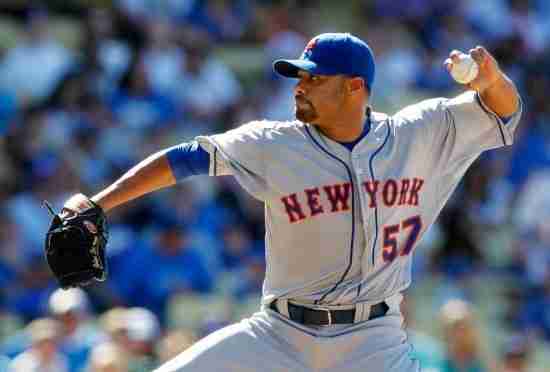 When you think of the MLB accomplishments of the Venezuelan Pitcher, Johan Santana, you think of the Minnesota Twins.  That train of thought isn’t wrong, but it can’t be forgotten just how much he still did with the New York Mets before his arm broke down.


In four seasons with the Mets (with one where he was recovering from shoulder surgery) he went to the All Star Game once and finished third in Cy Young voting the season that he arrived.  That year he also won the ERA title.  His run of 3.18 ERA is actually a fraction lower than his Twins tenure and his Mets Won Loss record is a decent 46 and 34.

Still, this is not what they were hoping for when they signed him though were they?

And yes, remember this is not based value per dollar.

We don’t have the time (yet) to figure out that one!