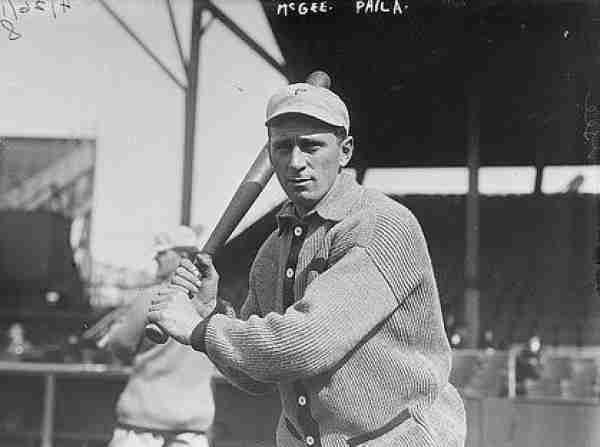 Luckily for Sherry Magee there was no YouTube in 1911, otherwise, all that would ever be replayed of him would be time he decked an umpire with one punch following a called third strike.  Of course he played in the 1900s and 1910’s so it isn’t like there is any footage on YouTube of him at all.

Magee should not be remembered for that moment, but his intensity led him to have moments like that.  Magee was a rare star of the deadball era and for ten years made multiple appearances in the top of every offensive category imaginable.  Magee was also stellar in the outfield and hunted down fly balls the same we hunted pitches with his bat.  Magee’s intensity was matched by his unwavering principles.  At the age of 34 (and still more than capable of playing in the Majors), Sherry Magee would finish out his playing career in the Minors to avoid playing for owners he despised.  His legacy and wallet would have been enriched playing in the bigs, but his principles would not allow it.

Magee might have had more impressive career numbers had he stayed in the Majors, but he had great numbers for the amount of seasons he played.  He may have let his temper get the best of him often, but he always wanted to win.  Most great athletes do.

Should Sherry Magee be in the Hall of Fame?

Should Sherry Magee be in the Hall of Fame?