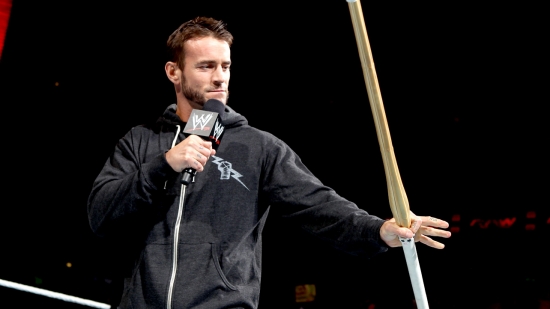 When CM Punk returned in 2011 in what would be the “Summer of Punk” he came back to “Cult of Personality”, an early 90’s hard rock song by Living Color.

This wasn’t the first time he had ever entered the ring to that song, as he did so in Ring of Honor and on the independent circuit, but this was a much bigger deal in the WWE as the organization rarely made purchases for well known songs, even ones that was a hit decades ago.

For those not aware, Living Color made a huge impact in 1989, most notably through an appearance on Saturday Night Live where the band looked and sounded unlike other groups at the time, almost foreshadowing the grunge and hardcore scenes that would follow later.  “Cult of Personality” was their biggest hit, going to #13 on the Mainstream Chart, and winning a Grammy for Best Hard Rock Performance, but their success tailed off throughout the 90’s.

When Punk would come out on Raw after what was supposed to be an extended sabbatical it was the first time that many younger WWE viewers had heard that song and the first time in years that older fans probably heard it.  The song speaks of power, albeit from a far different way those most wrestling songs do.

This wasn’t about beating people up.  This was about political manipulation and controlling people with charisma.  This was about understanding it and rebelling against it.  Punk was never a political pawn in wrestling and succeeded without playing the game (unintentional pun there) but he was so charismatic that he often had people in the palm of his hands.  It was as if the song had Phil Brooks in mind when it was written.

Living Color would play Punk out at Wrestlemania 29 in New York City (the band’s home town) and he would use that theme for his walkout in his UFC debut.

Neon lights, a Nobel Prize
Then a mirror speaks, the reflection lies
You don't have to follow me
Only you can set me free
I sell the things you need to be
I'm the smiling face on your T.V.
I'm the cult of personality
I exploit you still you love me

Neon lights a Nobel Prize
A leader speaks, that leader dies
You don't have to follow me
Only you can set you free