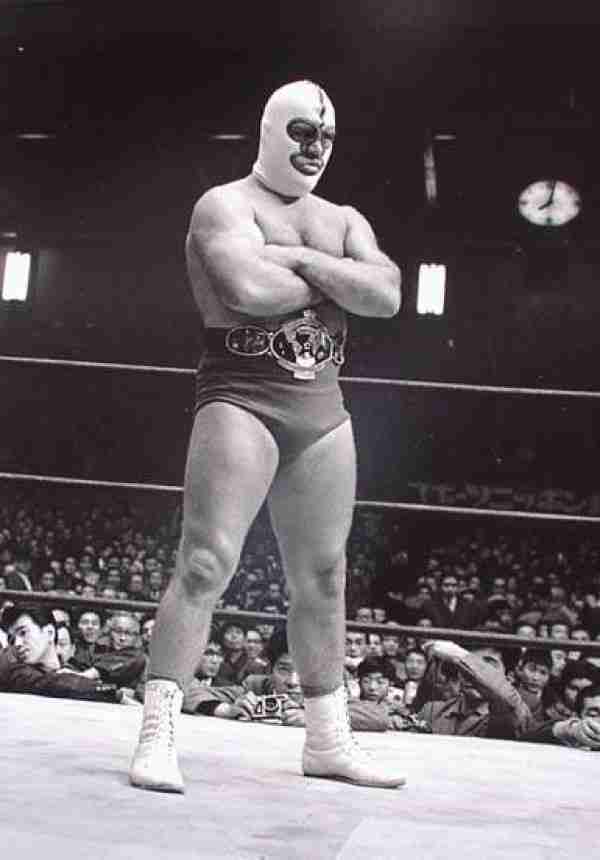 The enshrinement of Gorgeous George to the WWE Hall of Fame made us think it was time to look at the man who inducted him.  The Destroyer was not just another masked wrestler; he may very well be the most important masked wrestler in American Professional Wrestling history.


In the United States, the technically sound Destroyer captured multiple championships.  His biggest win in the States was under a different mask (as Dr. X) defeating Verne Gagne for the strap.  You can forget the championships that The Destroyer won.  As impressive as that was, his greatest claim to fame was becoming the first American wrestler to get over in Japan.  His legendary matches with the Japanese legend, Rikidozan, made him a star in the Orient and earned the respect of the wrestling fans there.  By doing so, the Destroyer paved the way for many Americans and Europeans to ply their trade in Asia and have another place to work.  Many wrestlers owe a great debt to what Dick Beyer was able to accomplish there.


Should The Destroyer be in the Hall of Fame?

Should The Destroyer be in the Hall of Fame?