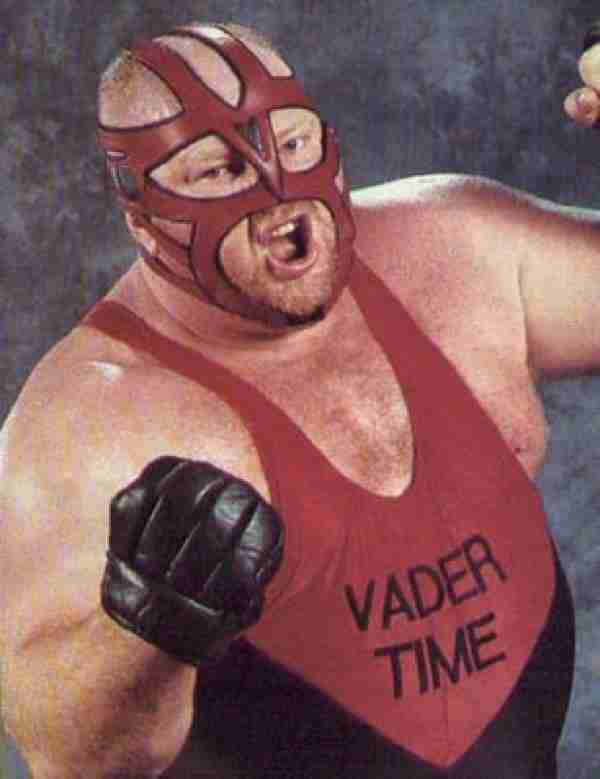 Generally, Vince McMahon has been known to make professional wrestlers bigger stars than his competitors in the South. This wasn’t the case Vader who may have been kicking ass in WCW but was remembered by some in his WWE stint for declaring himself “a fat piece of shit”.

Vader really was a beast.After being anointed by Antonio Inoki to be a star in New Japan, Vader performed in similar fashion for five years in WCW.His matches with Sting were instant classics and his combination of brute force, agility, mat skills and the right look made him one of the best heels that WCW had on the 90’s.His WWE run was not spectacular as he really didn’t seem to be able to perform the saw way there as he did in WCW.Upon his return to Japan, the Vader that was considered a superstar returned.Even though his run with Vince wasn’t the best, his overall body of work is worthy of any professional wrestling Hall of Fame.

Should Vader be in the Hall of Fame?

Should Vader be in the Hall of Fame?