This page generously sponsored by: Nobody yet! Sponsor it on Patreon to be the first name on this list!
With a successful hit, “Sex and Candy”, Marcy Playground vaulted in the musical consciousness of the world in 1997. Unfortunately for the band, that was about all they did and unless something drastically changes in the next ten years, we can’t imagine there is any chance for this one hit wonder to enter the Rock and Roll Hall of Fame.

Should Marcy Playground be in the Hall of Fame?

Buy your Tickets to see Marcy Playground at Sony Hall in New York, NY HERE for as little as $54! 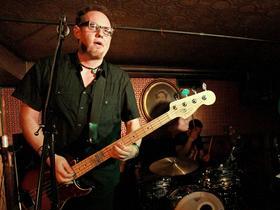