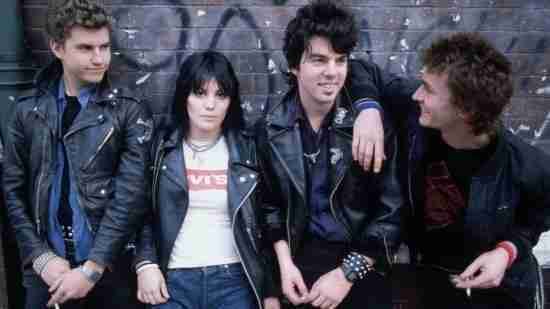 We are going to play the gender card again on this selection. There are musicians who are ranked lower on this list who may have been more successful and played in much bigger venues, but it is our guess that nobody inspired more women to pick up a guitar than Joan Jett.

First gaining notice as a member of the all girl group, The Runaways, Jett formed her own band in the early 80’s. The premise of her new band was based on simple basic principle of straight forward Rock and Roll. Jett had the look, the attitude and the ability to become a true star that certainly had the respect of her peers. Helping to break down the gender barriers for other female rockers to follow, Jett’s career may have had various peaks and valleys, but throughout she never veered to far from her basic Rock roots. Considered influential to many women, this may be enough to propel Joan Jett & the Blackhearts to the Hall, but they are likely a long shot at this stage.

The gender card works in their favor.

The gender card works against them too. The longer it takes, the more female musicians become eligible that may squeeze Jett out.

Should Joan Jett & The Blackhearts be in the Hall of Fame?

Quote
-1 #4 jimmy262 2014-10-12 22:38
This website had lost all credibility keeping the Queen of Rock in the 100's. Even the Rock Hall itself is starting to realize how important Joan was to the history of Rock and have nominated her the last three years with this year being the Magic year she finally gets in. Do yourselves and put her up where she belongs.
Quote
0 #3 NJRob68 2012-05-18 02:40
Joan Jett & the Blackhearts were nominees in the class of 2012.
Quote
-1 #2 jimmy26 -0001-11-30 00:00
how does this web site keep Joan Jett down in the 100's? she is easily one of the top ten biggest artists not in> easy. btw me and my sons just saw her at a huge concert and she can still rock and still looks great.
Quote
-1 #1 jimmy26 -0001-11-30 00:00
Really! Joan Jett is not in. Blasphemous. Is there any woman is the histroy of rock that more defines what we think a rock star should be than Joan Jett? the look. the attitude. and most importantly the music. That girl could rock. yeah i know her songs may be overplayed and considered pop standards because of their popularity but riddle me this joker: imagine if you were thumbing thru old albums in a record store and came upon I love rock and roll and had never ehard it before. imagince for some reason that song hadn't been played a million times on radio! imagince listening to it for the first time. i remember when I did. and i thought it was the coolest thing ever. and more than that it hit that rebellious place in my soul where rock lives. And the energy. forget it. if you heard it for the first time today i know you would think you had found a gem that nobody else knew aobut that defined rock in its most basic and best way. and you would hold onto it forever.
Quote
Refresh comments list
RSS feed for comments to this post