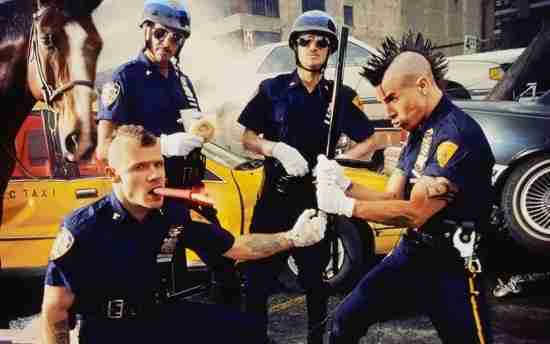 With their amazing blend of Funk, Punk, Rock and Rap, the Red Hot Chili Peppers sounded like no other band before or since. With unequaled energy and incredible innovation, the Peppers took the California sound to places that their musical Mecca never thought possible, and did so with millions of people listening.


Should The Red Hot Chili Peppers be in the Hall of Fame?

Quote
+2 #4 Smokestoomuch -0001-11-30 00:00
I did like their music enough to buy their initial bust-out CD in the '80's. Then I bought their follow-up only to discover nothing new. All their music sounds pretty much the same. RHCP are the rock equivalent of baseball's rookie-of-th e-year, Bob Hamlin. Niether one turned out to be anywhere near as good as they looked at first blush. Both turned out to be sub-par mediocre in the final analyisi.
Quote
+2 #3 Sean -0001-11-30 00:00
I don't think they get in this time. I think they're going to wait until closer to the 25th anniversary of BloodSugarSe xMagik. Their '90s work is more famous and critically acclaimed than their '80s work, and despite their '80s work, their 1991 breakthrough means more people think of them as contemporari es of Nirvana and Pearl Jam than as contemporari es of earlier bands like R.E.M. and U2 (who also released huge albums that year but were already popular).
Quote
+2 #2 jimmy26 -0001-11-30 00:00
Well said DDT. Popularity is huge for both groups but what is lacking is impact. if we look back in 20 years on the Chili Peppers I do believe they will be regarded in the same vein as GFR. the big difference is that music has changed to the point where albums can be released every foru years. In Grand Funk's day you needed to ahve one every year. because of this change the Chili Peppers seem much more current since their last big release was not that long aog whereasby the time Grand Funk was eligible they had become obsolete for two decades. Very good analogy. On the other hand, I believe that though Grand Funk isn't at the top of the list to get in I do think they should at least get some consideratio n. And thus it would not kill me if the Chili Peppers got in someday. Just not bfor Grand Funk.
Quote
+2 #1 Darryl Tahirali -0001-11-30 00:00
Every generation needs its Grand Funk Railroad, I suppose, and for kids in the 1990s it was the Red Hot Chili Peppers. The Peppers combined energetic funk-metal with rude animal youth (to mangle Tom Wolfe's phrase) to create a superficiall y infectious sound that made teenage boys bang their heads and teenage girls dampen their thongs. The trouble is, once you grew up and put down the bong, you realized that this band never learned to write a decent song, repeating a rough-hewn approach that slam-danced itself down a dead end. The Peppers might have been at the forefront of funk-metal, but bands like Fishbone, Primus, and Faith No More eclipsed them in terms of inspiration and musicality. Those are not the credentials of a Hall of Fame rock 'n' roll band.
Quote
Refresh comments list
RSS feed for comments to this post