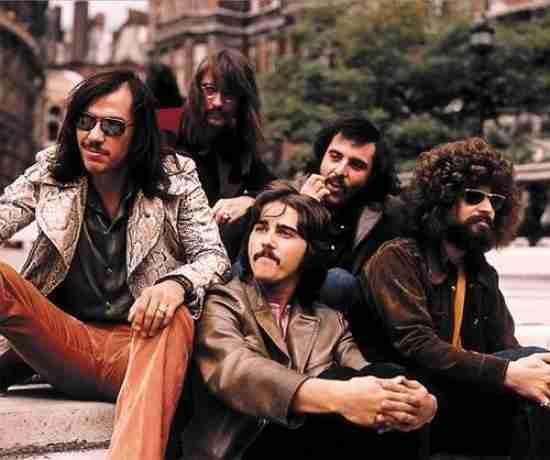 Our introduction to our Rock and Roll list depicted the ever changing face of what Rock and Roll is or was. There are artists on this list with whom we expect to hear a roaring cry that they are not “Rock and Roll”. We doubt we will hear that with Steppenwolf.

The word influence is brandished about on this list as it should be simply based on the verbage of the Rock and Roll Hall of Fame. Steppenwolf does get credit for the creation of the term “Heavy Metal” from a line in their Hard Rock Classic; “Born to be Wild”. They may not have been the band that created Heavy Metal music but their place as one of the Hardest Rocking bands in the late 1960’s is not debatable and could be one of the best bands to listen to on the open road. Although some question their influence, they were more about impact and that can not be questioned. Rock and Roll may not have a clear definition anymore, but the early music of Steppenwolf may be pretty damn close to it.

Buy your Tickets to see John Kay with Steppenwolf at Wildwood Springs Lodge in Steelville, MO HERE for as little as $! 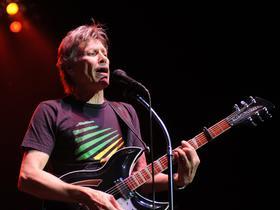 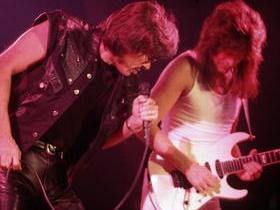 +2 #10 Digger Dale 2019-05-11 13:15
Anyone that doesn't see Steppenwolf has a Hall of Fame band is simply put an imbecile. Their contribution to heavy metal and rock and roll in particular goes beyond the term heavy metal which arguably could have originated in Born to Be Wild but to the fact that they were the early progenitors of political rock and roll and not seeing this in the context of songs like the ostrich is hard to believe. The fact that other bands mediocre bands such as Green Day have made into the Hall of Fame and these individuals are left out is unacceptable . True there were a lot of roster changes but looking strictly at the original band from 1967 to 1972 they should without question be in the Hall of Fame and their failure to be in their reduces the legitimacy of the Hall of Fame itself.
Quote
+6 #9 Greg Legakis 2013-10-22 19:30
Wow Ned, that's some hagiography you wrote there about Mr. Kay. Any tracks by Steppenwolf you or anyone can recommend other than the big 3, please do so. I'd like to explore more of their music
Quote
+11 #8 Ned Nobody 2013-10-16 23:12
As a west coast kid in the sixties John Kay and company was everywhere on the airwaves, A lot of bands came and went and a lot of talent died at a very young age. But nobody has ever had a body of work that compares to this man. His story telling back in the 60s could very well be about the BS that is going on right now.That mans music has been all over the world with me since the late sixties and he is still feeding the music world. All this from a legally blind kid born on the wrong side of the iron curtain, Taught himself english from armed forces radio. His message is probably more important now then it was when first recorded. History is rewritten every day but it's more difficult to deny when millions of people world wide have it on records, tape, cds, and downloads from the net. Thank you John Kay
Quote
+9 #7 Gin Potts 2013-10-07 18:03
Steppenwolf' s political and current events commentary set to music has had influence in many generations. Those who only listen to 'Born to be Wild' or 'Magic Carpet Ride' are missing a lot. They have so many other really great songs that it nearly sickens me to hear these two. It's like those songs package the band and that's it, tie the bow and put a tag on it. Their philosophy of 'It's Never to Late (to start all over again)' is something that's helped me throughout life. If music is the soundtrack of life, they have secured a solid place in mine. I agree with the comment that band line up changes have probably hurt them but certainly John Kay deserves a place. As for a bar band fortunate enough to get a contract, um...didn't that happen to The Beatles, too? Someone at the R&RHoF needs to take a closer look here. Maybe we should contact folks on the NomCom and request another look? I'm going to give it a try. For those of you who only know the hits, give 'em a listen.
Quote
+8 #6 Nik Polanski 2013-02-26 15:45
Anyone who has followed this band's legendary 45+ year career would certainly vote to put them in. John Kay & Steppenwolf are still performing today. Their albums are a (somewhat critical) commentary on todays social and cultural events.
If "influence" is a criteria then it would certainly apply if they would only get more (any) air play of their newer works instead of just the 13 Greatest Hits.
One reason for not being inducted could be because of the many lineup changes that took place over the years. The only original member is John Kay who had to sue the other original members after their breakup to obtain the rights to the name Steppenwolf. This happened after he was left holding a huge back-tax bill their manager never paid. This left a lot of bad blood between everyone.
I would urge everyone to listen to their latest albums/CDs from the '90's to today and then decide for yourself. If not the name Steppenwolf then at least John Kay should be inducted.
Quote
+7 #5 Greg Legakis 2013-01-13 23:38
This is not the baseball HOF. You don't need a ten year career.

Steppenwolf's two legendary hits are 60's R & R royalty.
Quote
+11 #4 Blaine Kinsey 2012-05-23 19:03
If the entire list of Rock and Roll HOF inductees is examined, it is clear that many mediocre performers were inducted due to their early influence on rock and roll, but many other performers were also inducted into the Rock and Roll HOF despite the fact their talents were limited and/or their success was fleeting. It is obvious that Darryl Tahirali knows very little about Steppenwolf because although the six songs that he mentions would be enough to assure the induction of most performers into the Rock and Roll HOF, Steppenwolf produced many other rock and roll classics such as "Foggy Mental Breakdown", "Everybody's Next One", "It's Never Too Late", "Hippo Stomp", "Move Over", "Renegade", "Desperation ", "Monster/Sui cide/America ", "Who Needs Ya" and "Don't Step on the Grass Sam".
Quote
+7 #3 monniewood -0001-11-30 00:00
put them in already! icons people icons!!
Quote
+4 #2 kapoka -0001-11-30 00:00
The list of people influenced by this band is huge. Slash, Neil Young are but a couple. for someone to say that Magic Carpet Ride is a drug song is like someone sayin the Born in the USA is a patriotic song. Sometimes people need to listen just a little bit before they show their ignorance.
Quote
-5 #1 Darryl Tahirali -0001-11-30 00:00
Every year, the ballot for the Baseball Hall of Fame lists every retired player eligible for the Hall. Some will drop off during their first year of eligibility because of no support, and the overwhelming majority will fail to garner sufficient support for induction until, after a maximum of fifteen years, they are dropped permanently from the ballot.Simil arly should we regard Steppenwolf: This pedestrian hard-rock band might be eligible for the Rock and Roll Hall of Fame, but in no way should they be considered for enshrinement . As long as copies of the landmark 1969 film Easy Rider are available, Steppenwolf will always be a footnote to countercultu re history because the band supplied two keynote songs to the soundtrack: "Born to Be Wild" and its cover of Hoyt Axton's "The Pusher." ;"Born to Be Wild" is clearly one of the great hard-rock singles of all time, as loud, fast, and heavy as Peter Fonda's and Dennis Hopper's Harley-David sons in Easy Rider, and although its droning fuzz-toned guitar dates it, "The Pusher" is still one of the best anti-drug songs around. Amusingly, Steppenwolf also contributed a decent pro-drug song, "Magic Carpet Ride," to the rock canon, albeit one with a tongue-in-ch eek view of psychedelic "enligh tenment.&quo t;But once you get past these three songs, Steppenwolf was a bar band that lucked into a recording contract. Are you seriously going to tell me that "Rock Me," "Hey Lawdy Mama," and a cover of "Sookie , Sookie" help to form the backbone of a Hall of Fame-caliber band? This is faceless, colorless hard rock, indistinguis hable from countless other mediocre efforts. Steppenwolf got onto the ballot, but in my view they don't even make the first cut. Get serious. No way.
Quote
Refresh comments list
RSS feed for comments to this post