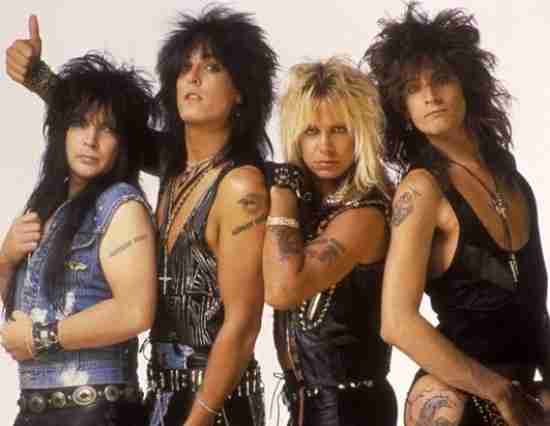 The next choice generated more debate from us in terms of their genre and not so much in terms of the band itself. Mötley Crüe was one of the many Metal bands to come out of L.A., but they were likely the band most closely associated with Hair Metal, and the debate we had is just how worthy that genre is.

It isn’t a debate that Mötley Crüe is much better than bands like Warrant, White Lion etc… Crüe was first and were a much more polished outfit than their image lent them to be. What works in their favor is a recent album proving that they are still great rockers and can deliver a great performance long after many of their peers have been “laughed” off the musical spectrum. They may get in, but we find it very hard to rank them in before the Metal artists who came before them. We suspect the Rock and Roll Hall feels the same way.

Should Motley Crue be in the Hall of Fame?

Should Motley Crue be in the Hall of Fame?

+12 #6 Jim Thompson 2016-03-18 02:43
I can't believe how low Motley Crue is on this list. They sold over 80 million albums and influenced a whole decade of music. How many other bands on this list have done that?
Quote
+12 #5 Michael Tabor 2016-01-29 14:48
Yes they belong! They Invented a genre of music! Glam Metal, Them and Deff Lepp were the Biggest Hard Rock Bands of the 80s, Both Should be in!
Quote
+13 #4 Bruno 2016-01-01 20:26
Their first 2 albums were hugely influential on 80's hair and glam metal bands, and they're also classic albums. I think after that, though, they sunk into a more generic, mediocre sound that maybe didn't propel them further (though it didn't work against them either). They should get in based on commercial sales and influence.
Quote
+17 #3 #25Chris 2014-08-26 04:01
Of course they belong. Pretty ridiculous to even debate. Still very relevant 30 plus years in. Meaning they can still make money. Great tunes, huge attitude, memorable band. This is a no brained. Lastly, there are far worse already in..
Quote
+17 #2 Paul 2012-07-22 18:55
Crue's groupies or drug use should never be a disqualifier !!!! We are talking R-N-R. I think Eric Clapton is in with a few different bands he was a member of and as a solo act . Clapton was the poster boy for drug abuse in the late sixties and 70s and lets not even talk about the Stones. I could go on and on.
Quote
-8 #1 Musicologist999 -0001-11-30 00:00
Motley Crue have got some very cool rockin' tunes under their belts, but you know a rock band's history is in trouble when they're much more famous for their bad boy lifestyle than their music. Okay, maybe these guys don't boink groupies anymore or destroy hotel rooms or shoot up anymore, but the fact is, they DID, and THAT, regretfully, is the thing that Motley Crue is most famous for, NOT their music. Definitely not the makings of a Hall Of Fame induction.
Quote
Refresh comments list
RSS feed for comments to this post