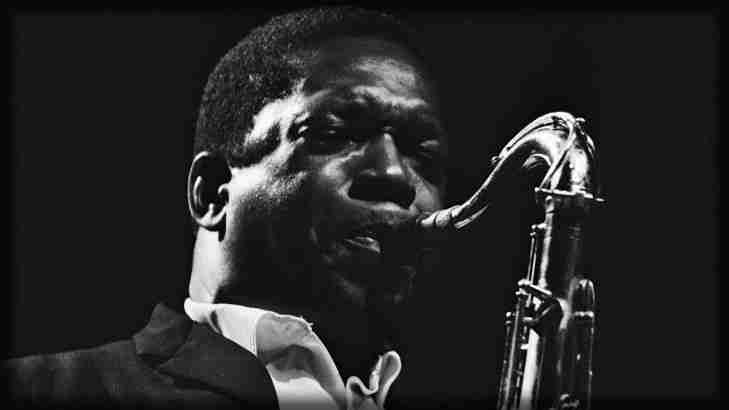 With this selection, we approach an artist who we just couldn’t figure out where to place; or even if we should place him at all. Was John Coltrane right for the Roots and Early Influence category? We didn’t think so as his greatest success and period of influence was simultaneous with the British Invasion. Does Jazz have a viable place in the Hall? We think so, as Miles Davis is in and many a Rock genre is Jazz infused. Besides, if any Jazz great had a “Rock Star” quality, it was John Coltrane.

Coltrane first came to prominence as a sideman with Miles Davis, and would later lead his own Jazz group in 1960 which released several acclaimed albums. He simultaneously became one of the genre’s most important and controversial stars. Coltrane’s work always pushed the envelope veering into Free Jazz and Avant-Garde Jazz. His music was not always understood but as the years passed the appreciation of his music grew. We aren’t sure if another Jazz great will make the Rock and Roll Hall, but we are sure that if one does we believe it should be John Coltrane.

+3 #7 Robert Ross 2018-08-26 20:14
No, he is not a rock and roll artist. Rock and roll hall of fame is a hall of fame for rock acts, not all music acts or artists some my like or think were cool. Was Coltrane a great artist? Absolutely. But is it rock? Cmon, no. We do not want a music hall of fame, make a new hall of fame if people want that. It would be like putting a baseball player like babe Ruth in the football hall of fame because “he was really good and influential in all sports”
Quote
+6 #6 biograph 2013-05-12 08:23
Yes, Coltrane should be in. And as we expand our definition of "rock," let's bring in Fela Kuti along with long overdue inductions for Frank Sinatra, Bing Crosby, Peggy Lee and Nat "King" Cole. The Hall wants to celebrate POPULAR music, of which rock is just a subset, so it's name notwithstand ing, the Hall should celebrate more icons of popular music. (Are Frank and Nat already in under that "influences" category, I wonder?)
Quote
+9 #5 smoore -0001-11-30 00:00
Duane Allman, Robby Krieger, Calos Santana, Phil Lesh and John McLaughlin would all disagree with you about Coltrane' ;s influence on rock music and rock musicians. By the way, I do to.
Quote
+6 #4 Sean -0001-11-30 00:00
No, not an influence on rock. Great artist though.
Quote
+7 #3 Darryl Tahirali -0001-11-30 00:00
Maybe in another 20 years rock will be where 'Trane was 50 years ago today. Always great to meet another fan!
Quote
+6 #2 Knuckles -0001-11-30 00:00
There isn't a single musical artist I would rather listen to than John Coltrane. But Trane's candidacy lies in how influential he was and just how much importance is placed on influence. Most of the truly influential non-Rock performers are in, and nothing in Rock was a direct result of how Coltrane was playing.
Quote
+7 #1 Darryl Tahirali -0001-11-30 00:00
John Coltrane is probably the greatest tenor saxophonist in jazz history. He has influenced countless jazz musicians and continues to do so even nearly a half-century after his death. Coltrane has exerted little if any influence on rock music, and he evinced no tangible interest in the form during his life. There is no earthly reason why he should be in the Rock and Roll Hall of Fame.The write-up on this web page makes no sense whatsoever, or else it indicates a fundamental ignorance or misunderstan ding of jazz. As I explained in my lengthy justificatio n of why Miles Davis deserved his induction into the Rock and Roll Hall of Fame, Davis actively and deliberately incorporated rock rhythms into his post-bop jazz on two landmark albums in 1969, In a Silent Way and Bitches Brew. It was an unprecedente d and controversia l move that earned Davis heavy criticism from the jazz world, although many of the jazz musicians on either or both of those albums went on to form jazz-rock "fusion " bands in the 1970s, thus reinforcing the influence rock had on jazz
Quote
Refresh comments list
RSS feed for comments to this post