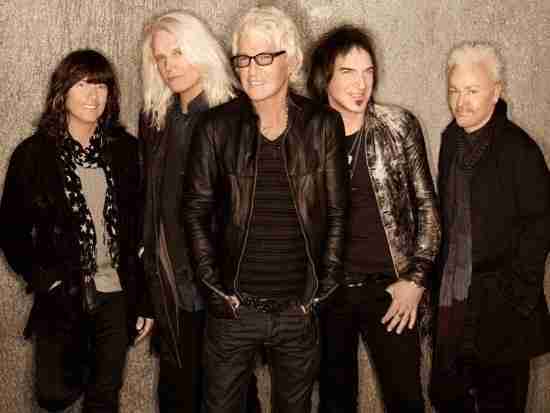 There is a lot to be said if you can help define a style of song. Some will call you pioneers and others may call you innovators. REO Speedwagon did get those accolades, but we have a feeling that for every person who may agree, there is likely an individual who despises the style (Power Ballads) they helped create.

REO Speedwagon became huge stars and sold out many arenas for a period of time, but they were far from overnight successes. After ten years, the band began to take shape and with there blend of Rock and ballads, REO Speedwagon found a formula that allowed them fame and success and they were constantly on the radio and selling out arenas. Their blueprint was often copied, but time has viewed them as more of commercialized Rock and they have not been blessed with a lot of musical respect in recent years. Despite their success (and it is often forgotten just how popular they were) they have a long climb to get inducted.

Buy your Tickets to see REO Speedwagon at Fallsview Casino's Entertainment Centre in Niagara Falls, Canada HERE for as little as $! 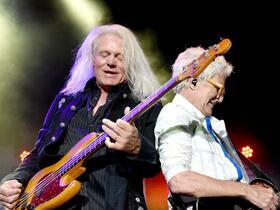 Buy your Tickets to see REO Speedwagon at Penns Peak in Jim Thorpe, PA HERE for as little as $166!

Buy your Tickets to see REO Speedwagon at Tropicana Showroom at Tropicana Casino in Atlantic City, NJ HERE for as little as $145!

Buy your Tickets to see REO Speedwagon at McGrath Amphitheatre in Cedar Rapids, IA HERE for as little as $80!

-1 #2 Bruno 2016-01-01 20:09
Here's an example of a band I loved growing up, but would probably lean against inducting. The main thing in their favor is having sold huge amounts of records, especially Hi Infidelity. But none of the hits have seemed to permeate the modern pop culture in the same way as Journey's "Don't Stop Believin'" has. And I just really can't think of any instances where I've heard subsequent bands talk bout their love for REO or their influence on them (though I'm sure those exist). Good band, they had their moment, but I just don't see it for them.
Quote
+13 #1 jimmy26 -0001-11-30 00:00
Let's see. they helped define a part of rock! The power ballad may have not been their invention but they defintely became the masters and the biggest catalysts to it's success. how many other groups with that impact are not in the hall? exactly. you may not like it but as i have said before rock is not an elitist art. just because you don't lke hwat it became you cannnot argue it's influence! you could not have a hit album in the 80's in a band without having a power ballad. that is a fact. for god's sake Def Lepp's only # one is not photograph or pour some sugar on me but Love Bites. Yeah i don't like that fact either. But as distasteful as that is this may be to music snobs and all their Melvins and Pixies and Velvet undergrounds of the world Reo changed music way more than they ever thought of.
Quote
Refresh comments list
RSS feed for comments to this post