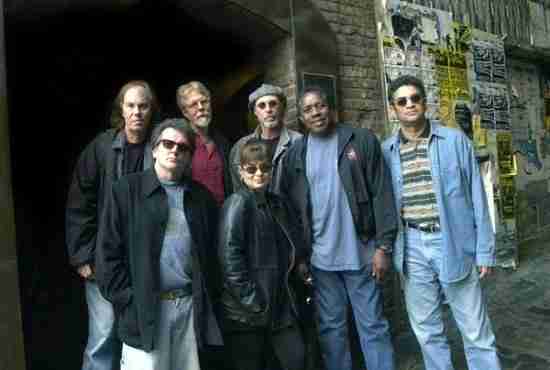 How many artists on this list have melded multiple styles that resulted in unique music and critical acclaim? Quite a few of course, though if we had to subject one on this list that may have combined the most styles, Little Feat could be that candidate.

Creating music that borrowed from Country, Folk, Blues, Rock, Funk and Jazz, it may have been excused if Little Feat may have had an unpolished sound. The fact is they didn’t, and a Little Feat album was among the most professionally produced of its era. There was little weakness with this accomplished group of musicians who as a collective could perform almost any style. They were able to crack into radio airplay somewhat but those who heard only their radio friendly songs, did not get the full breadth of what this group could do. They have massive respect within the musical community, and an induction, though unlikely is not impossible.

Quote
+8 #11 Mamykackel -0001-11-30 00:00
Tons of great music, GREATEST JAM BAND EVER!!!!!!!! !!
Quote
+9 #10 musiclover -0001-11-30 00:00
The Feat have been an inspiration to thousands of people over the past 4 decades including many of the best known musicians around. Everone who is anyone in the music biz have had a member of Little Feat play with them or would like to. It's really incredable that they are not in it never mind not even been nominated before. If you don't know much about them, spoil yourself and check out their website
Quote
+9 #9 Bernadette -0001-11-30 00:00
Little Feat are definitely deserving of this induction. Words can't describe the impact their music has had in so many lives for the past four decades. Their music is intelligent, diversified, somewhat eclectic, and each song is a musical composition in its own right. Little Feat are incredible musicians & amazing performers. Their albums are timeless & the band is most worthy of an induction & finally, the recognition they so deserve. Please induct LITTLE FEAT HOY! HOY!
Quote
+9 #8 Bruce Ginn -0001-11-30 00:00
If there was ever a "ROCK & ROLL BAND" Little Feat is THAT.....gim me a break. We hafta see Madonna slide in, by doin who knows what, to who knows who.....let& #39;s see "TALENT " prevail..... ...for a change...... ..BG
Quote
+9 #7 happy -0001-11-30 00:00
40 years with most of the original members,many gold and platinum albums,and songs that every other great musician wants to cover.i cant think of a more deserving band in the world
Quote
+9 #6 michaeljamesca -0001-11-30 00:00
If you can't recognize Feat for who they are as a group, (I can't imagine that, but...) Just look at the lists of musicians that the individual members of Feat have played with, or for, as side projects. Little Feat is made up of the best of the best musicians Rock and Roll has to offer. The fact that they are not already in the hall of fame is a huge mistake. ALSO.. on your list of Essential albums you left off one of the most recognized LIVE albums ever recorded in "Waitin g for Columbus&quo t; (although I am partial to "Live from Neon Park" as I was at the Fillmore portion of the recording) Ya gotta put the Feat in the Hall of Fame!!!!
Quote
+9 #5 dwgray0422 -0001-11-30 00:00
As the grandfathers of the Modern Jam Band, and their influence on so many, it's a wonder they are not in the RnR HOF. Since when is Rock n Roll about mainstream success? It seems to me the RnR was an alternative to the generic crap published as popular music.
Quote
12
Refresh comments list
RSS feed for comments to this post