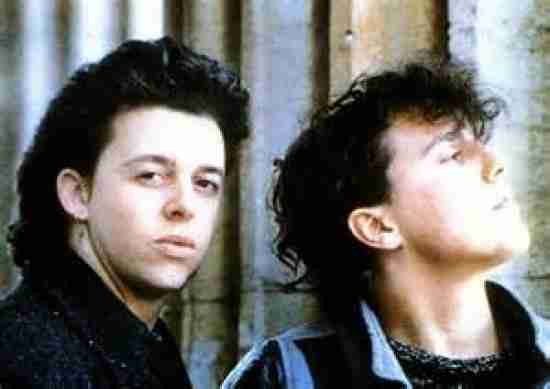 In earlier entries (Jan & Dean and Hall & Oates) we spoke of how successful those duos were. If we were add to a third into the discussion of the most successful duo on this list it would have to be the English pair of Roland Orzabal and Kurt Smith, best known to audiences as Tears for Fears

In looking back, it is actually a little surprising how few albums from Tears for Fears actually had. Throughout the 1980’s, the British duo achieved success with a three albums that all had a different sound to it, showcasing their musical abilities and willingness to always to try something different. Those aforementioned albums ranged from the lyrically brilliant Synth Pop (The Hurting), the catchy Pop/Rock based (Songs from the Big Chair) and the Psychedelic Soul infused (Seeds of Love). After that decade, Tears for Fears did not remain on top (Smith left for awhile to purse a solo career, leaving Tears with only Orzabal), but on the strength of those three albums it is not inconceivable that Tears for Fears could one day get inducted.

Should Tears for Fears be in the Hall of Fame?

Should Tears for Fears be in the Hall of Fame?

I think that's more than enough on the scale of "influential ".
Quote
+2 #5 Michael tabor 38 2017-07-31 00:35
Very good
But not quite HOF
There genre Synth Pop hasent even got 1 band in yet. The genre is wayyy over due! Depeche Mode kraftwerk the cure Duran Duran and so on before Tears for fears
Quote
-4 #4 Smokestoomuch -0001-11-30 00:00
They blow.
Quote
+7 #3 mrpauljoconnor82 -0001-11-30 00:00
Great band, why not.
Quote
+5 #2 Musicologist999 -0001-11-30 00:00
Tears For Fears are an incredible group with many powerful, expertly-cra fted songs. And, of course, Songs From The Big Chair was a smash hit album. But they didn't stay on top for very long, and I don't know if anybody can say that they were "influe ntial". They certainly carved a little niche for themselves in 80's music, but that may not be enough to get them inducted.
Quote
+5 #1 jimmy26 -0001-11-30 00:00
i loved Tears for Fears. They really were big when they came out. But realisticall y they weren't big enough or more importantly did not stay around long enough to get in. And though they do have a reasonable legacy who did they really influence?
Quote
Refresh comments list
RSS feed for comments to this post