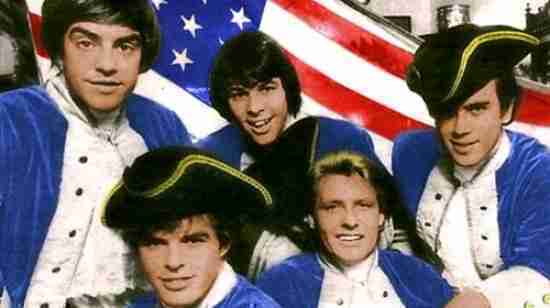 You would think that a band that numerous hits and constant radio airplay in the mid and late 60’s and early 70’s would be in the Rock and Roll Hall of Fame. However, as we go through this list we find that this is not necessary the rule. In the case of Paul Revere & the Raiders, one has to wonder if the Revolutionary War costumes they wore be the very thing that is keeping them out.

During the British Invasion, few American bands could rival their European counterparts. An exception was Paul Revere & the Raiders whose name and look almost made it appear as if they would go to war with the “British Invaders”. Employing a Garage sound that was fast and unpretentious and rivaled that of any British act, in retrospect the Raiders were a much tighter and efficient band than they may have gotten credit for. Ironically, it was the costumes, the use of comedy in their live shows that gave them a bubblegum image that they have yet to shake. As they have yet to be nominated in over twenty years, it is doubtful to think they will get one now.

Should Paul Revere & the Raiders be in the Hall of Fame?

Should Paul Revere & the Raiders be in the Hall of Fame?