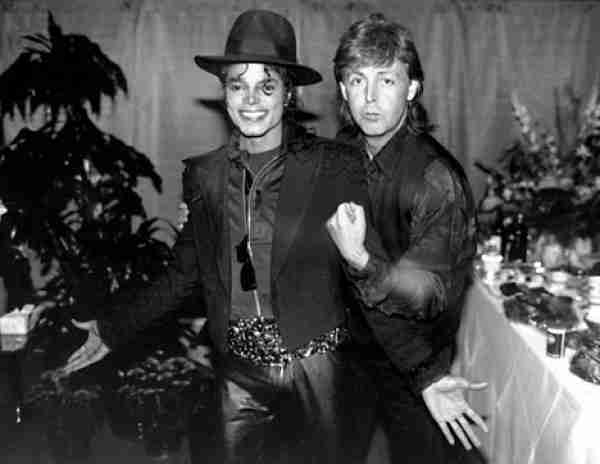 The Girl is Mine
Highest Billboard Position:
#2 in 1982

How is a former Beatle on this list twice?  McCartney returns again in duet fashion with the bizarre Jackson (though in 1982 we only had an inkling of how strange the gloved one really was).  The song features the two legends “arguing” over a girl and her affection.  Considering the song has a really wimpy feel to it, it doesn’t appear that the two are really fighting that hard over the girl in question.  The most perplexing question is just what possible woman could these two be fighting over?

Paul McCartney was one of the few rock stars on the planet who never got the memo that he was supposed to be with hot women (with all due respect to Linda McCartney, but let’s face it she wasn’t exactly a centerfold) and Jackson who well “allegedly” likes his women of the other gender and considerably younger.  The most comical portion is the spoken debate portion of the song where Jackson tells his musical partner, “Paul, I think I told you, I’m a lover not a fighter”.  I think we can close this article on that statement, don’t you?

How awful is The Girl is Mine?

0 #4 Luke 2021-02-17 17:49
A super cheesy song, but its catchy, and you can't really go wrong with Paul McCartney and Michael Jackson
Quote
+2 #3 Janice 2018-03-09 15:45
The song sucks, but that was an unnecessary, highly sexist comment about Linda McCartney. What, could Paul McCartney actually value a woman for something other than her looks? Impossible! Women are only worth what they look like, and men are the arbiters of that.
Quote
0 #2 Darryl Tahirali 2012-07-14 00:16
>>The most perplexing question is just what possible woman could these two be fighting over?

Based on the drawing on the record sleeve, done by Jackson, an anorexic hag, apparently.
Quote
0 #1 Musicologist999 -0001-11-30 00:00
It's a cute song, and it's harmless, but that's about it. Definitely the weakest song on MJ's "Thriller" album.
Quote
Refresh comments list
RSS feed for comments to this post