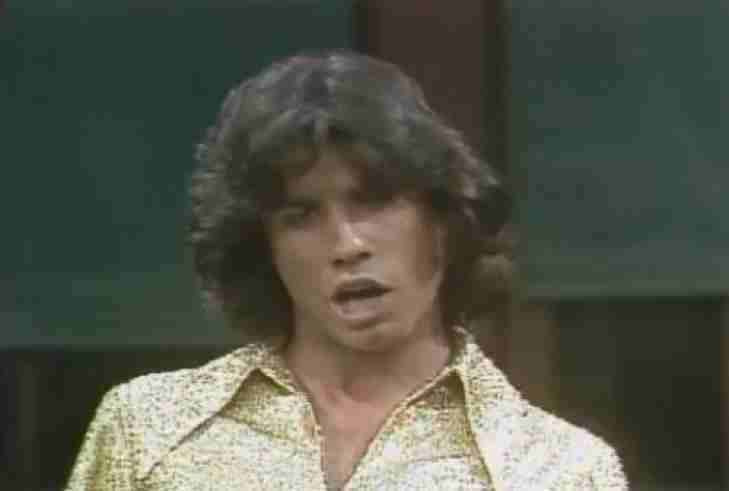 We return to the musically challenged year of 1976 where our first we have another “actor turned singer”.  Throughout the history of pop culture there have been numerous singers who were able to transition into film.  Cher, Sinatra and Streisand are just three of a handful who crossed over to that medium in a major way.  However, there is one major caveat; it DOES NOT work the other way.  Not only should actors not try to record music, they should be legally forbidden to so.

One of the highest offenders had his hit before he discovered Xenu and was denying both his hair loss and homosexuality.  As a T.V. star on Welcome Back Kotter, John Travolta’s good looks helped to make him the breakout star of the show.  His appeal to the female gender apparently made him a natural to sing sappy love songs on vinyl.  His lead hit was as tame as they come, singing about letting a woman into his heart and sharing his true feelings.  Travolta lip synched this crap on the talk show circuit and young ladies everywhere dreamed of being Mrs. Barbarino.  Thankfully his music career never made one of the many comebacks that his acting career did.

How awful is Let Her In?