An earlier entry on this list discusses the Hall of Fame credentials of the Specials. Although we believe that should a Ska Revival band get in to the Hall, it should be the Specials, though an induction of the English Beat over them would not exactly be a travesty.

The Beat (or the English Beat as they were referred to in America) may not have been the first band to champion the Ska Revival cause, but they were amongst the most important and talented. With alternating leads, they had a distinct sound and a series of hits in the United Kingdom. Like other Ska Revivalists, they did not reach a wide audience in North America but they were far from unknown there either. As energetic as they could be political, the Beat has a shot should the Hall wish to induct a band from their genre.

They have a shot to represent their genre.

There is no guarantee the genre will receive love from the Hall, and should it happen, the Specials really should have that accolade.

Save it for Later (From Special Beat Service, 1982)

Should The (English) Beat be in the Hall of Fame?

THE ENGLISH BEAT AT BIRCHMERE MUSIC HALL IN ALEXANDRIA, VA

Buy your Tickets to see The English Beat at Birchmere Music Hall in Alexandria, VA HERE for as little as $88! 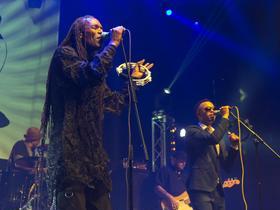 THE ENGLISH BEAT (16+) AT KESWICK THEATRE IN GLENSIDE, PA

Buy your Tickets to see The English Beat (16+) at Keswick Theatre in Glenside, PA HERE for as little as $66!

Buy your Tickets to see The English Beat at Palladium Times Square in New York, NY HERE for as little as $56! 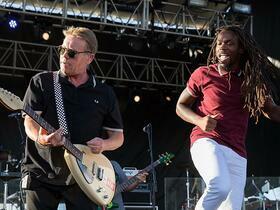 THE ENGLISH BEAT AT LONDON MUSIC HALL IN LONDON, CANADA

Buy your Tickets to see The English Beat at London Music Hall in London, Canada HERE for as little as $64!