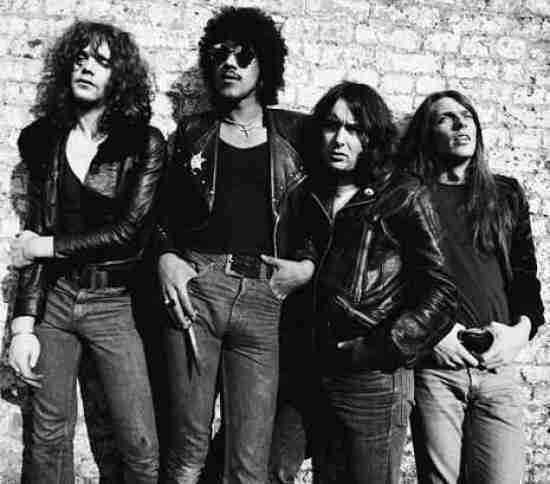 +8 #4 alan 2013-08-22 23:10
The most influential rock band not in the HOF. THEY RELEASED great music for 12 years. lizzy influenced all the great metal bands, MAIDEN, METALLICA. since Madonna was inducted, the HOF lost any relevance in my eyes.
Quote
+9 #3 Musicologist999 -0001-11-30 00:00
Thin Lizzy were definitely influential, and they've got a strong fanbase to this day, and both Phil Lynnott and Gary Moore (rest their souls) were Rock Gods. But, truth be told, they were only really popular for a brief time in the 70's, and then Phil Lynnott died and they dissolved. There's definitely a strong case to put Thin Lizzy in the Hall Of Fame, but I have to agree that there's other deserving bands ahead of them.
Quote
+9 #2 Knuckles -0001-11-30 00:00
RIP Gary Moore
Quote
+8 #1 jimmy26 -0001-11-30 00:00
one of the greatest true rock bands ever. Their only downside is longevity but within that their legacy has done well. One legendary album and a satchel full of classic rock standards. Phil Lynnott was a genius and died way too early of drug dependency. This band deserves to be in but as you say so do many other from the classic rock genre and haven't even got a sniff. Travesty.
Quote
Refresh comments list
RSS feed for comments to this post