The #2 of Derek Jeter will be retired. 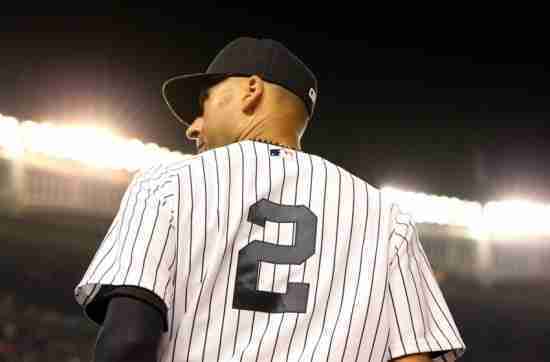 08 Dec
2016
Not in Hall of Fame
As we move onward and upward in our slow trudge to naming all of the Top 50 players from the North American “Big Four”, our eventual follow up will be the look at how those organizations honor their former players and executives.

As such it is news to us (somewhat big actually, though completely expected) that the New York Yankees will formally retire the number #2 of their eventual first ballot Hall of Fame infielder, Derek Jeter on May 14, their Mother’s Day home game against the Houston Astros.

Going through the accomplishments of Jeter would be exhausting, but just to recap the tip of his iceberg, he is a member of the 3,000 Hit Club, a five time World Series Champion and a fourteen time All Star

Twenty-one former Yankees have had their number retired, and the retirement of #2 mans that their can never be another New York Yankee who will wear a single digit number as all of the others have been retired.

We here at Notinhalloffame.com would like to congratulate Derek Jeter for this much deserved honor and the Yankees for doing this is an appropriately timed fashion.
Tagged under
Tweet