The College Football Hall of Fame announces the Class of 2022 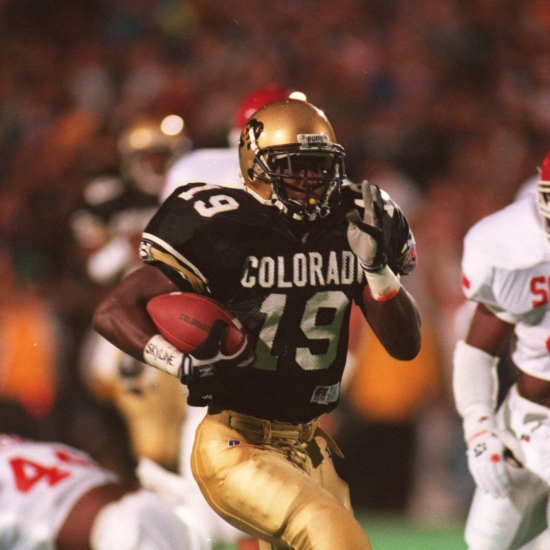 As we await tonight’s National Championship Game between Alabama and Georgia, the College Football Hall of Fame announced the 21-man Class of 2022.  This year, 18 players and three Coaches were chosen.

LaVar Arrington.  Linebacker, Penn State, 1997-99.  Arrington was a product of “Linebacker U” under Joe Paterno, and in 1999 he was so dominant that he was ninth in Heisman voting, and won the Chuck Bednarik Award and Dick Butkus Award.  He also was named the Big Ten Co-Defensive Player of the Year.  The two-time All-American went on to play in the NFL for the Washington Redskins, earning three Pro Bowls.

Champ Bailey.  Defensive Back, Georgia, 1996-98.  Bailey was one of the best defensive players in Bulldogs history, winning the 1998 Bronko Nagurski Award as the nation’s top player.  In addition to his defensive prowess, Bailey was also a decent Wide Receiver and Returner, and was the team’s star in their 1998 Peach Bowl win.  Bailey went on to have a Pro Football Hall of Fame career, and went to 12 Pro Bowls in a career split between Washington and Denver.

Michael Crabtree.  Wide Receiver, Texas Tech, 2007-08.  Crabtree played two seasons for the Red Raiders, winning the Fred Biletnikoff as the top Wide Receiver in both years.  He accumulated 3,127 Receiving Yards with 41 Touchdowns for the school, and he would have 7,499 Yards with 54 TDs as a pro playing for San Francisco, Oakland, Baltimore and Arizona.

Sylvester Croom.  Center, Alabama, 1972-74.  Croom helped lead Alabama to three SEC Titles and the National Championship in 1973.  After playing one year for the New Orleans Saints, he would have a long history as a coach, punctuated by winning the SEC Coach of the Year in 2007 at Mississippi State.

Mike Doss.  Safety, Ohio State, 1999-02.  Doss was a three-time First Team All-Big Ten Selection, and had 331 Tackles, eight Interceptions and eight Sacks over his collegiate career.  His highlight was winning the Fiesta Bowl MVP in the BCS National Championship Game, and he was also the Big Ten Co-Defensive Player of the Year.  Doss would later win a Super Bowl with Indianapolis Colts.

Chuck Ealey.  Quarterback, Toledo, 1969-71.   Ealey was a three-time MAC Offensive Player of the Year and was eighth in Heisman voting in 1971.  The Quarterback threw for an even 5,000 Yards and 42 Touchdowns for the Rockets.  The African-American was passed over by the NFL, but he had a long career in the CFL.

Kevin Faulk.  Running Back, LSU, 1995-98.  Faulk rushed for 4,557 Yards for LSU, which at the time was second time all-time in SEC history.  Also accumulating another 600 Yards, Faulk had 53 Touchdowns for the school.  He would later help New England win three Super Bowls, and he won a National Championship as LSU’s Running Backs Coach in 2020.

Boomer Grigsby.  Linebacker, Illinois State, 2001-04.  A three-time Division I-AA All-American, Grigsby was the three-time Gateway Player of the Year.  The Linebacker finished second in his sophomore season for the Buck Buchanan Award as top defensive player in I-AA.  He later played three years with the Kansas City Chiefs.

Mike Hass.  Wide Receiver, Oregon State, 2002-05.  Hass won the Biletnikoff Award as a Senior and amassed 3,924 Receiving Yards with 20 Touchdowns for the Beavers.  He later played professionally for Chicago and Seattle.

Andrew Luck.  Quarterback, Stanford, 2009-11.  Luck was the Heisman Trophy winner in 2010 and 2011, and he captured the PAC-10/12 Offensive Player of the Year in both seasons.  In 2011, Luck also won the Johnny Unitas Golden Arm Award, Maxwell Award and Walter Camp Player of the Year Award.  Luck threw for 9,430 Yards and 82 Touchdowns, and had a successful career with the Indianapolis Colts.

Terry Miller.  Running Back, Oklahoma State, 1974-77.  Miller rushed for 4,754 Yards with 49 Touchdowns for the Cowboys, and was the runner-up to Earl Campbell for the 1977 Heisman.  He later played for Buffalo and Seattle.

Rashaan Salaam.  Running Back, Colorado, 1992-94.  In 1994, Salaam won the Heisman, Walter Camp Award and Doak Walker Award, and led the Buffaloes to a 1995 Fiesta Bowl win.  Salaam rushed for 2,005 Yards with 24 Touchdowns that year, and later played pro ball with Chicago and Cleveland.

Dennis Thomas.  Center, Alcorn State, 1971-73.  Thomas was a two-time All-American, and made history as the first (and to date) only Lineman to win the SWAC Offensive Player of the Year.

Zach Wiegert.  Offensive Tackle, Nebraska, 1991-94.  Wiegert dominated the O-Line for the Cornhuskers and won the Outland Trophy and Jim Parker Trophy in 1994.  He was also a three-time First Team All-Big Eight Selection and professionally would play for St. Louis, Jacksonville and Houston.

Roy Williams.  Defensive Back, Oklahoma, 1999-01.  Williams had nine Interceptions for the Sooners and was a part of the team that won the National Championship in 2000.  A two-time First Team All-Big 12 Selection, Williams won the Bronko Nagurski Award, Jim Thorpe Award and Big 12 Defensive Player of the Year in 2001.  He later went to five Pro Bowls as a member of the Dallas Cowboys.

We here at Notinhalloffame.com would like to congratulate the newest members of the College Football Hall of Fame.