The Basketball Hall names 16 people to the Class of 2021 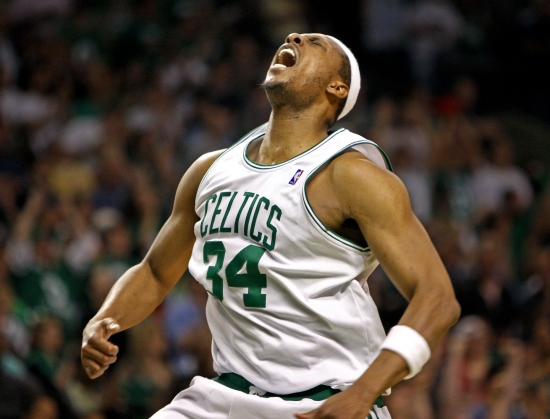 Let’s get right to it:

Val Ackerman:  After her playing career ended, Ackerman worked in the legal field and would later be a special assistant to NBA Commissioner, David Stern.  She would become the first President of the WNBA (serving eight years) and became an appointee to the Board of Directors of USA Basketball.

Chris Bosh:  Bosh enters Springfield on his second year of eligibility, and though he played more games with Toronto, it was his time in Miami with LeBron James and Dwyane Wade where he is best known.  With the Heat, Bosh won two NBA Championships, and is an overall 11-time All-Star.  Bosh also has an Olympic Gold Medal with Team U.S.A. in 2008.

Bob Dandridge:  Dandridge is a two-time NBA Champion, one with Milwaukee (1971), and one with Washington (1978), and is a four-time NBA All-Star.  Both the Bucks and his collegiate alumni, Norfolk State, retired his number.

Clarence “Fats” Jenkins’:  Jenkins enters as this year’s Early African -American Pioneer inductee, and he most notably played for the New York Rens from 1925 to 1939.  He also played in the Negro Leagues of baseball for twenty years.

Howard Garfinkel:  Garfinkel, was the co-founder and director of Five-Star Basketball Camps and creator of Basketball Illustrated, the first high school scouting report.  He was inducted to the College Basketball Hall of Fame in 2014.

Yolanda Griffith:  Griffith was an eight-time WNBA All-Star, two-time All-WNBA First Team Selection and was twice the Rebounding leader.  She also took the Sacramento Monarchs to a WNBA Championship in 2005, and while representing the United States, she won two Gold Olympic Gold Medals (2000 & 2004).

Lauren Jackson:  One of the top female players ever, Australia’s Lauren Jackson was a seven-time WNBA All-Star, three-time WNBA MVP, and she led the Seattle Storm twice to an WNBA Championship.  She was also a seven-time All-WNBA First Team Selection and was also a former Defensive Player of the Year.  Internationally, Jackson led Australia to Gold in the 2008 World Championship, and captured three straight Silvers (2000, 2004 & 2008) at the Olympics.

Toni Kukoc:  From Croatia, Kukoc is this year’s International Inductee.  Kukoc famously was part of the Bulls’ second three-peat (1996-98), and was the NBA Sixth Man of the Year in 1996.  In Europe, Kukoc was a five-time Euroscar Player of the Year, four-time Mister Europa Player of the Year, and he led Benetton Treviso to three consecutive EuroLeague Championships (1989-91).  Representing Yugoslavia, he won Gold in 1990 World Cup, and Silver in the 1992 Olympics representing Croatia.

Paul Pierce:  The arguable headliner of this class, Pierce enters on his first year of eligibility.  An All-American at Kansas, Pierce was drafted by the Boston Celtics in 1998, where he was their best player, but needed help to bring them back to greatness.  He got that when they signed Hall of Famers, Ray Allen and Kevin Garnett, and Pierce was the 2008 Finals MVP.  Pierce was a ten-time All-Star, a four-time All-NBA honoree (one Second Team and three Third Team), and his number 34 was retired by both the Boston Celtics and University of Kansas.

Bill Russell:  Russell enters the Hall again, this time as a Head Coach.  His coaching career began while still playing for the Celtics, and he not only became the first African-American Head Coach in the NBA, he was the first to win the NBA Championship (1968).  Russell won a second Title as a player/coach in 1969, and he would later coach Seattle (1973-77) and Sacramento (1987-88).  He has an overall coaching record of 341-290

Ben Wallace:  Wallace is one of the best defensive players in the last 30 years, and he was a four-time Defensive Player of the Year (2002, 2003, 2005 & 2006.  Also, a five-time All-NBA Selection (three Second Team, and two Third Team), Wallace led the Pistons to the Championship in 2004, making him the first player of that championship squad to earn a spot in Springfield.  Wallace also was a two-time Rebounding leader, one-time Blocks leader, and he also logged time for the Washington, Orlando, Chicago and Cleveland.  The Pistons retired his number 3 in 2016.

Chris Webber:  Webber was the leader of one of the most influential college teams in recent memory, “The Fab Five” of the University of Michigan.  He would be most known for his failed time-out call in the NCAA Finals, but there was no doubt that he was the star of the NCAA.  Professionally, Webber was a five-time All-Star, and three-time Second Team All-NBA Selection.  Webber also was the 1994 Rookie of the Year, and he led the NBA in Rebounds in 1998-99, and his number 4. Was retired by the Sacramento Kings.

Jay Wright:  Wright, who is the current Head Coach at Villanova, brought the Wildcats to three Final Fours, winning two National Championships (2016 & 2018), and he is also a two-time Naismith College Coach of the Year.  He currently has a coaching record of 606-271.

We will begin work on revising our Notinhalloffame.com Basketball List.  Look for that next month.

We here would like to congratulate the sixteen new members of the Naismith Basketball Hall of Fame.