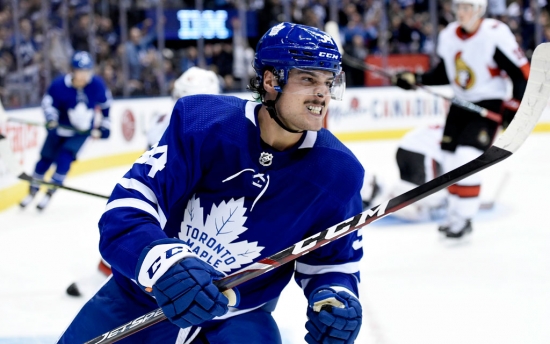 In 2016, the Toronto Maple Leafs chose Auston Matthews with the number one pick, the Californian-born hockey player who became an ice-sport superstar.  He was hyped to be great, and the Maple Leafs fans loved him immediately.

In the Center's first game, he scored four Goals, an unprecedented debut in the NHL.  Matthews won the Calder that year on a 40-Goal year, and he was first in Even Strength Goals (32).  To date, he has been a three-time All-Star and has never had a year where he lit the lamp less than 34 times.   Matthews had 47 Goals in 2019-20 and 41 in the abbreviated 2020-21 campaign, which won him the Rocket Richard Trophy.

As of this writing, Matthews is entering his sixth season and has been their star since his debut.  Stanley Cups will be the only way to enter the stratosphere of this list, but we aren't counting him out.