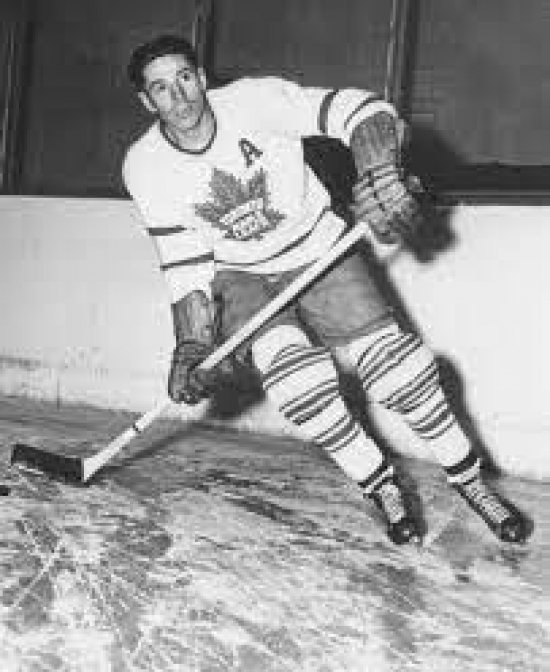 Max Bentley’s best years might have been with Chicago, where he won the Hart Trophy in 1946, but at age 27, he was traded to Toronto, where the two-time scoring champion had a lot left to offer.

The Maple Leafs had a lot more talent than Chicago, but Bentley was still a good scorer, posting five consecutive 40-point years with the Buds.  Bentley helped Toronto win three Stanley Cups (1948, 1949 & 1951) and was the leading playoff scorer in 1951.

Bentley was traded to the Rangers before the 1953-54 Season, where he was reunited with his brother Doug, but he only played in half the season, and refused to report to New York the following year.  His rights were given back to Toronto, but they never agreed on terms, and Bentley never played in the NHL again.  As a Maple Leaf, Bentley scored 256 Points, the same amount he did in Chicago.

Bentley was chosen for the Hockey Hall of Fame in 1966.